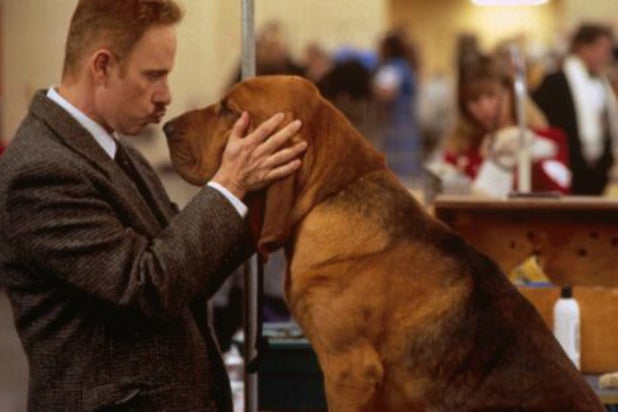 The humans competing at the 142nd Annual Westminster Kennel Club Dog Show really want you to know that they’re not like the crazies Christopher Guest depicted in his classic 2000 feature film “Best in Show.” And yes, they can laugh at the movie — kind of.

“Well, it’s a satire… it’s funny,” Rémy Smith-Lewis — whose Portuguese Water Dog, Manly, is among the mid-February event’s frontrunners — cautiously told TheWrap. “It does its job.”

OK, so that is not exactly a ringing endorsement, but it’s something. Anybody else?

Fellow contestant Brandi Ritchie — who will present underdog Donkey Kong, a Chinese Crested — was also quick to point out that the ensemble comedy is merely “entertainment,” and thus not quite the documentary their shared Nat Geo Wild special “Road to Westminster Dog Show” is.

“I don’t think we necessarily– OK, well some people probably act like that. But not all,” Ritchie said of the faux Fleck family, Harlan Pepper (pictured above) and all those other on-screen nuts. “We’re normally just normal people… that love our dogs and go out on the weekend and show [them].”