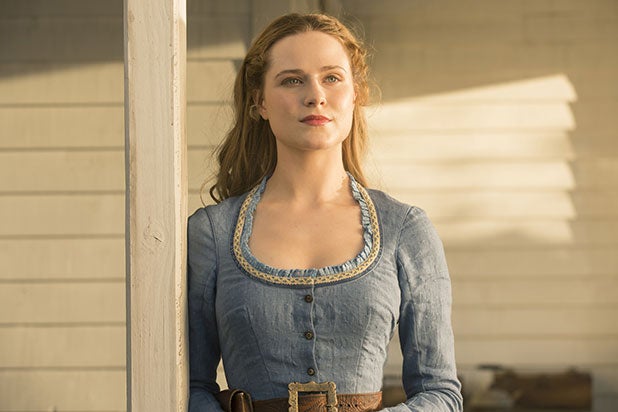 “I am thrilled to announce the pickup of our three fall series, all of which have distinctive, original voices,” said HBO programming president Casey Bloys. “Critics and viewers alike have welcomed ‘Westworld’ and ‘Insecure,’ as well as the return of Sarah Jessica Parker to the network after 12 years with ‘Divorce.'”

“We’re thrilled that the saga of ‘Westworld’ will continue for another season,” co-creators and showrunners Jonathan Nolan and Lisa Joy said. “During the lengthy journey to the screen, our incredibly talented actors, staff and crew became a family, and we look forward to the privilege of continuing this experience with them. We’re also thankful to all of our amazing partners at HBO, WBTV and Bad Robot for their steadfast support, imagination and ambition. We simply couldn’t have made this show anywhere else.”

Also Read: 'Westworld' Star Luke Hemsworth: 'All the Signs Are There' for Season 2 Renewal (Exclusive Video)

“Westworld” is a dark odyssey about the dawn of artificial consciousness and the evolution of sin, exploring a world in which every human appetite, no matter how noble or depraved, can be indulged. The series was created for television by Jonathan Nolan and Lisa Joy, both of whom executive produce and write, with Nolan directing. The series is based on the 1973 film of the same name, written by Michael Crichton.

“Divorce” follows Frances (Sarah Jessica Parker), who has suddenly begun to reassess her life and her strained relationship with her husband after more than a decade of marriage and two children. But she soon discovers that making a clean break and a fresh start is harder than she thought.

“Insecure” is created by Issa Rae and Larry Wilmore. Prentice Penny is showrunner and executive producer. The comedy explores the contemporary black female experience. Rae and Yvonne Orji stars as best friends who must deal with their own real-life flaws as they attempt to navigate different worlds and cope with an endless series of uncomfortable everyday experiences.

Luke Hemsworth, star of HBO hit “Westworld,” stops by TheWrap for an interview and photo session