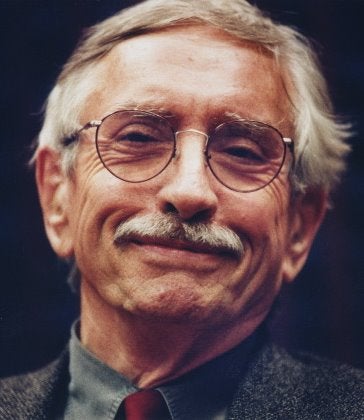 Edward Albee has been selected to receive the Evelyn F. Burkey Award from the Writers Guild of America, East.

The prestigious award recognizes contributions that have brought honor and dignity to writers everywhere.

The playwright’s work has frequently been filmed. His more than 30 plays include "Who’s Afraid of Virginia Woolf?," "The Zoo Story," "The Sandbox," "Tiny Alice," "A Delicate Balance," "Three Tall Women" and "The Goat, or, Who Is Sylvia?"

Albee is president of the Edward F. Albee Foundation, which he started in 1967 with proceeds from "Virginia Woolf" to serve writers, visual artists and composers from all walks of life.

Albee has won four Tony Awards, three Pulitzer Prizes, and an Obie Award. In addition, he is a Kennedy Center honoree and has received a special Tony for lifetime achievement, the National Medal of Arts, and a Gold Medal in drama from the American Academy and Institute of Arts and Letters.

The Evelyn F. Burkey Award was established in 1978 to honor Burkey, who dedicated her professional life to supporting and helping writers. She helped create the WGAE in 1953 as the union of film, television and radio writers, independent of precursor organizations. She was the WGAE’s executive director until her retirement in 1972.