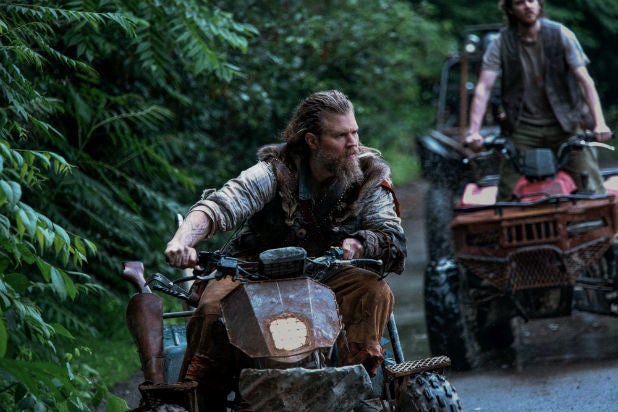 The 9 p.m. airing earned 1.05 million total viewers, outperforming recent cable premieres such as “Recovery Road” by 130 percent, Showtime’s “Billions” by 17 percent, and FX’s “Baskets” by two percent. The encore at 10 pulled in an additional 0.88 million viewers.

That comes out to over 1.9 million people who tuned in to watch the first episode of the gritty drama. This marks WGN America’s best performance for an original series, since the network launched its first original series “Salem” in April 2014.

The series follows the exploits of the Farrell clan. The family has lived on a Kentucky mountain for more than 200 years with little contact with the outside world. But an encroaching mining company and inner turmoil threatens to destroy their way of life.

The cast for “Outsiders” includes: David Morse (“Treme,” “Hurt Locker”) as Big Foster, a gruff and powerful heir to leadership; Ryan Hurst (“Sons of Anarchy,” “Bates Motel”), as Little Foster, a massive mountain man and son of Big Foster; and Joe Anderson (“The Divide,” “Across the Universe”) as Asa, a member of the Farrell clan looking to rejoin the family after a stint with the outside world.