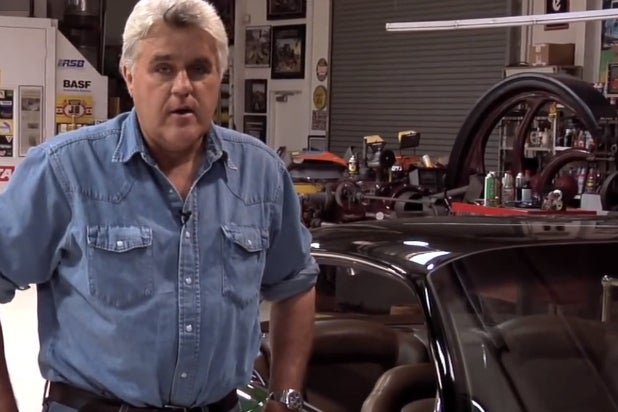 Jay Leno will take his last “Tonight Show” bow on Thursday night, when his final guest will be his very first one from 22 years ago, Billy Crystal.

After that, the notorious workaholic will find himself with plenty of extra time on his usually busy hands. So how will Leno fill his days?

The comedian has historically performed a ton of stand-up dates each year during his more-than two decade tenure in NBC’s 11:35 timeslot. (Ignoring for a moment that whole 2009 exodus and 10 p.m. “Jay Leno Show” debacle.) With a standing spot every Sunday night at the Comedy and Magic Club in Hermosa Beach, Calif., Leno’s now empty calendar will allow him to continue his comedy show slate, if not increase the workload.

But the man also has a wife, Mavis, and his hobbies, to enjoy and fill his schedule with.

Leno has one of the most well-known classic car collections the world over, and he restores each vehicle by hand along with his crew. With more idle time, the soon-to-be-former “Tonight Show” host may compile an even greater number of automobiles to house in his legendary airplane hangar. Though, through Leno’s efforts to make them all street legal, the Department of Motor Vehicles can undoubtedly suck up a ton of those free hours.

Here are 8 things that Leno may fill up his daily planner with going forward, not counting tuning in to Jimmy Fallon‘s takeover of “The Tonight Show” on Feb. 17, of course.

Even More Stand-up
Watch Leno at 1985’s Just for Laughs:

Hang out With His Cat
Watch Leno share a funny home video of his kitty on “Ellen”:

Catch Up With Friends Over Coffee
Watch Leno on Jerry Seinfeld’s “Comedians in Cars Getting Coffee”:

Go to the History Channel?
Leno, in a recent “60 Minutes” interview said he’s not sure what’s next, professionally. “I don’t know what I’ll do. Will I do another late night show to go against any of these people? No. No, that- no. You can’t recreate what we had at ‘The Tonight Show,'” he said. “That was a 22-year moment in time. It was fantastic. And I loved it. Would I like to do things with- oh, I don’t know, History Channel? Yeah, I think that would be fun to do.”