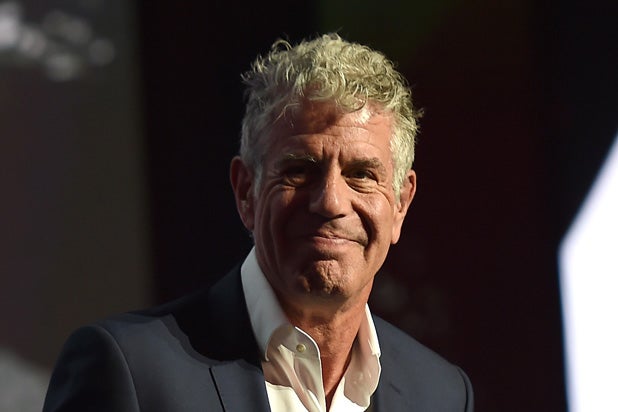 As CNN continues to mourn the loss of Anthony Bourdain, network executives are now faced with the difficult decision of what to do with his hit show “Parts Unknown.”

On Friday, the channel announced a series of tributes set to run all weekend in honor of Bourdain and revealed that the next episode of “Parts Unknown” would air on schedule Sunday with a special introduction from Anderson Cooper.

Beyond that, however, remains a mystery. The show typically has between eight and 10 episodes per season, according to IMDB. Sunday’s program focusing on Berlin will be only the sixth episode of Season 11.

A rep for the network did not respond to request for comment from TheWrap about what might be in store, but one channel insider suggested the network would eventually find a replacement (they have already been fielding many eager inquiries).

“They need to helm it with somebody else,” the insider told TheWrap. “There’s a lot of opportunity there not to give up on that mission of bringing American audiences people and food and customs with which they’re not familiar with and that mission is important. People need this show.”

On Friday, Bourdain was found dead in a hotel room in Paris while on assignment for the show. The cause of death for the 61-year-old chef appears to have been suicide, CNN confirmed in a statement Friday.

Also Read: People Are Already Pitching Themselves to CNN to Replace Anthony Bourdain

“His love of great adventure, new friends, fine food and drink and the remarkable stories of the world made him a unique storyteller. His talents never ceased to amaze us and we will miss him very much,” the network said. “Our thoughts and prayers are with his daughter and family at this incredibly difficult time.”

In addition to his work for CNN, Bourdain was also a successful author with multiple New York Times bestseller books to his name including “Kitchen Confidential” and “Medium Raw.”