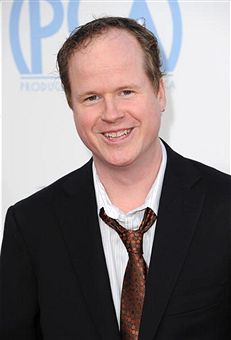 "The Avengers" is the movie Marvel has been building toward for years, billing it as the ultimate superhero movie. It will unite a virtual all-star team of superheroes such as Iron Man (Robert Downey Jr.), Captain America (Chris Evans), The Incredible Hulk (Edward Norton?), Thor (Chris Hemsworth) and SHIELD leader Nick Fury (Samuel L. Jackson).

Whedon will also rewrite Zak Penn’s script, and I’ll admit, his attachment pretty much kills any interest I personally might’ve had in "The Avengers." I simply do not understand the cult of Whedon fans. "Buffy," "Angel," "Firefly," "Dollhouse" … they’re all weird, fantasy/sci-fi junk.

Sure, he was one of four credited screenwriters responsible for one of my favorite movies of all-time, Pixar’s "Toy Story," and yes, I’m pumped for his creature feature "The Cabin in the Woods," which "Cloverfield" writer Drew Goddard is directing from the script he co-wrote with Whedon. But aside from those two projects, I am a firm Whedon non-believer.

I find Marvel’s choice of Peter Sollett ("Nick and Norah’s Infinite Playlist") to direct the comic adaptation "The Runaways" (which Whedon once wrote for) to be infinitely more interesting.

Whedon has long been rumored to direct "The Avengers" due to the rabid affection fanboys have for his TV shows. But so far, that affection has failed to transfer to the big screen. Whedon’s feature directorial debut "Serenity" tanked, grossing $25 million domestically on a $39 million production budget.

IESB was the first to name Whedon as the leading contender to direct "The Avengers," although you won’t find the site mentioned in Deadline’s story, which mercifully wasn’t posted as an exclusive.

Paramount is scheduled to release "The Avengers" on May 4, 2012.