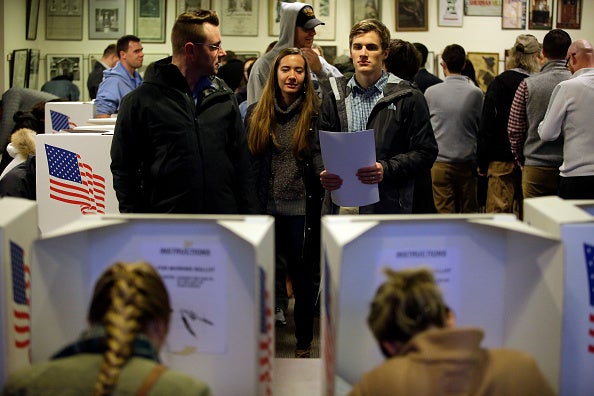 The 2018 midterm elections are upon us and for anyone wanting to keep a close eye on the results — whether at home or on the go — here are the best places to stream the coverage.

ABC will be covering the event across all of its online apps and properties, including ABC News Live, which can be found on Facebook, The Roku Channel, AppleTV, Amazon Fire TV, Apple News, Twitter and the ABC News site and mobile phone apps. ABC News will also provide comprehensive coverage, analysis and race updates on ABCNews.com, FiveThirtyEight.com, and GoodMorningAmerica.com. Its daily newscast, “On Location,” will feature segments on the midterms before, during and after Election Day — exclusively on Facebook Watch. Election Day coverage will start at 4:30 p.m. ET and will feature “Nightline” co-anchor Dan Harris and senior Washington reporter Devin Dwyer.

Bloomberg will be offering state by state coverage on TicToc, its 24/7 digital news network that’s available on Twitter. Using Twitter Moments — which enables TicToc to stitch together multiple tweets into slideshow-like stories — the network will curate real-time updates on election outcomes, a “what you need to know about the candidates” segment, and verified tweets from the candidates as well as from other politicians, Bloomberg reporters and other leaders.

CBS will stream its coverage on CBSN, its free over-the-top (OTT) streaming news service, at 5 p.m. ET. Viewers can also watch on the CBSN website and the CBS News app for free.

C-SPAN will be streaming its coverage for free — and with no login required — on C-SPAN.org starting at 8 p.m. ET.

Anyone who has a Roku streaming device can tune into one of the many news apps offered on the device including CBS News, CNNgo, NBC News, Newsy, ABC News, and Univision Now. All of the aforementioned apps will offer live coverage of the election throughout the day at no additional cost and without requiring a cable or satellite subscription.