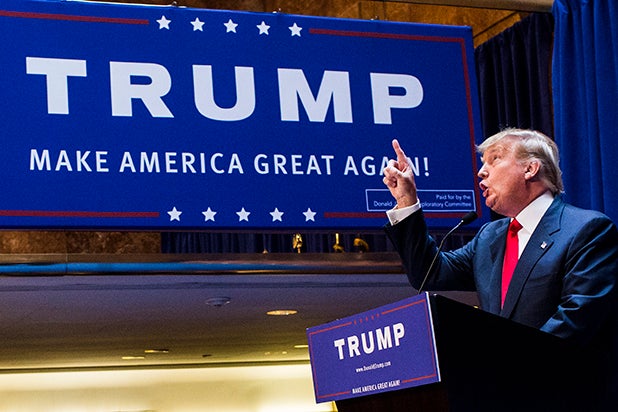 President Donald Trump might consider the media the “opposition party,” but that won’t stop the annual black-tie White House Correspondents’ Dinner to go on as scheduled.

The organization has not yet announced a host for the annual event, which draws top TV and print news reporters as well as Hollywood celebrities. In recent years, the so-called “nerd prom” has become a showcase and lightning rod for pointed political satire for a rotating line-up of comedians.

Trump and members of his team have been increasingly combative with members of the press, referring to CNN as “fake news” and labeling mainstream media “the opposition party.” And Trump himself has been outspoken about political satire about his campaign and presidency, particularly on NBC’s “Saturday Night Live.”

It is unclear if Trump will attend the event. A White House spokesperson did not immediately respond to TheWrap’s request for comment.

Despite the heightened scrutiny, Mason said the show will go on. “This year, as we do every year, we will celebrate the First Amendment and the role an independent press plays in a healthy republic,” he wrote. “We will also reward some of the finest political reporting of the past year while using our scholarship program to highlight and support up-and-coming journalists who are the future of our profession.”

Mason continued, “In the meantime, the WHCA will pursue its core mission of advocating for journalists’ ability to ask questions of government officials, push for transparency from the presidency, and help Americans hold the powerful to account.”

“Executives at TBS offered their full support of the gala by nodding politely and then muttering under their breath as we turned around,” Bee said. “The evening is sure to bring plenty of surprises, music, food, and laughter — and if you’re not careful you just might learn something. Specifically, you’ll learn how screwed we’d be without a free press.”

All proceeds for “Not the White House Correspondents’ Dinner” will go to benefit the Committee to Protect Journalists.