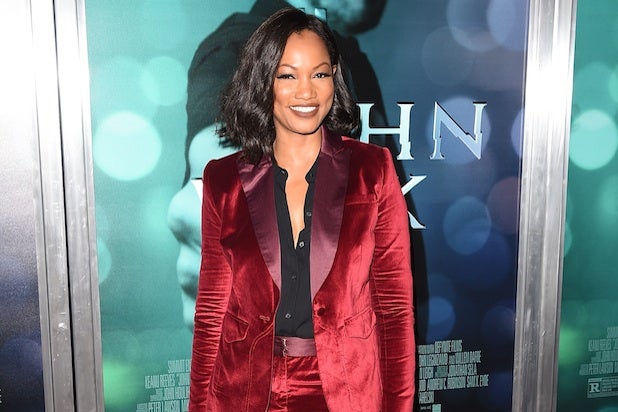 The talented actress has joined NBC’s “Grimm” in a recurring role, TheWrap has learned.

See photos: D.C. Down: 10 Movies That Destroyed Our Nation's Capitol

Beauvais will play Henrietta — a Hexenbiest who is a longtime family friend of Captain Renard (Sasha Roiz). He seeks out her guidance and wisdom after a surprising development occurs with someone in the Grimm gang.

Currently, she’s booked for three episodes beginning with Episode 411, with the possibility of more.

Her television credits include starring roles on TNT’s “Franklin & Bash” and ABC’s “NYPD Blue.” Her guest roles have included Netflix’s “Arrested Development,” USA’s “Psych” and “Playing House” and TV Land’s “The Exes.” She recently starred in the Up TV movie “Girlfriends’ Getaway.”

Beauvais played First Lady Alison Sawyer, opposite Jamie Foxx and Channing Tatum, in “White House Down.” Her other movie credits include indie drama, “And Then There Was You,” and “Barbershop 2: Back in Business.”

“Grimm,” which airs Fridays at 9 p.m. ET, follows homicide investigator Nick Burkhardt (David Giuntoli) of the Portland Police Department. Descended from a line of “guardians” known as “Grimms,” Nick is charged with keeping balance between humanity and the mythological creatures of the world.