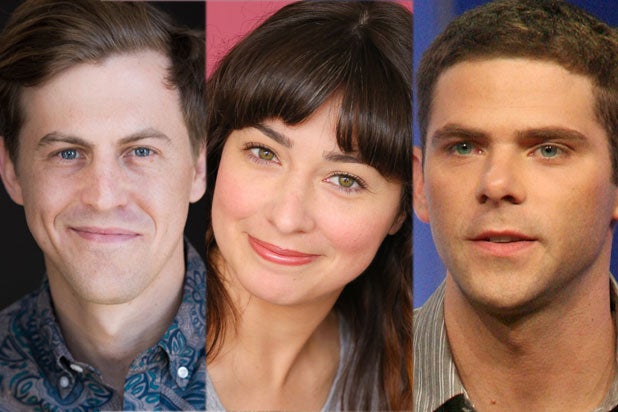 The announcement of the new “Saturday Night Live” cast members for Season 42 raised a very simple question among the viewing public: Who are these people?

So for those not plugged in to the standup, sketch and improv scene, TheWrap has you covered. Alex Moffat, Melissa Villaseñor and Mikey Day seem more than up to the task of making you laugh on “SNL” when you take a look at their credentials.

Check out their bios below.

Alex Moffat (pictured above, left) was a regular performer at iO Chicago and The Annoyance Theatre. He’s from Chicago and attended Denison University. In keeping with the “SNL” tradition of bringing in fresh faces, his onscreen credits are pretty light.

His official IMDb page lists just four acting credits, including the short “Racial Risk,” which he also directed. He also co-starred in the film “Uncle John,” which debuted at South by Southwest last year.

Melissa Villaseñor (pictured above, center) is an impressionist and standup comedian, who has headlined more than 100 clubs and colleges around the country, per her official show bio. She hails from Whittier, Calif.

She was a Top 16 contestant on Season 6 of “America’s Got Talent” thanks to her impression skills, and also recently appeared on the USA Network competition series “First Impressions with Dana Carvey.” She has a solid number of acting credits to her name, as well, having appeared in TV shows. She also lent her voice to the popular cartoons “Family Guy” and “Adventure Time.”

Also Read: Leslie Jones: A Timeline of Her Rise to Celebrity

Mikey Day (pictured above, right) has been a writer on “SNL” since 2013. He was previously a performer on Nick Cannon‘s MTV improv series “Wild ‘N Out.” Most recently, the Groundlings alum was a co-head writer and cast member on NBC’s “Maya & Marty.”

On the acting side, Day has been seen on the Comedy Central series “Idiotsitter,” “Reno 911” and “Angel.” He has also done voice work and written for the Adult Swim cornerstone “Robot Chicken.”