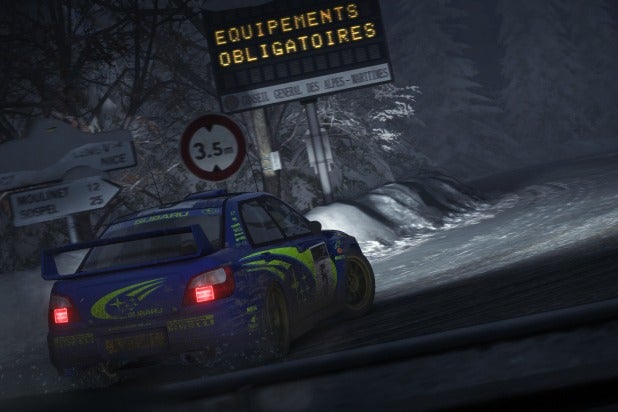 There’s an eternal battle in video games, between what’s realistic and what’s fun. Most of the time you don’t see it — “Call of Duty,” “Minecraft” and “League of Legends” aren’t exactly realistic, and they aren’t trying to be. The people who made those games know where their priorities lie, and they aren’t in making an experience that accurately reflects real life.

“Call of Duty” is a great discussion point for this because it is at least an attempt at photorealistic graphics, and the player is using real weapons, or in some cases, futuristic versions of them. So the realism or lack of it comes on a case-by-case basis. Yes, this assault rifle is lovingly rendered and makes authentic sounds. No, the experience of actually firing it is nothing like that. It’s a sacrifice on the altar of fun, having an automatic rifle remain steady even after you hold down the trigger for several seconds.

And that’s fine. Whether or not a video game gun fires the way a real gun would isn’t going to be part of a “Call of Duty” game’s attempt at artistic expression either way. It’s incidental, just as it is in an action movie. The gun works the way it needs to in order to facilitate the rest of the experience.

It gets more complicated in other types of games, though. A game that refers to itself as a simulation, for example, probably has a higher obligation toward realism. And that’s the case with “Dirt Rally,” a game about racing rally cars on dirt tracks from the UK-based development studio Codemasters.

There are two kinds of racing video games: arcade and simulation. The arcade type gets its name from those racing games you’d find in a mall arcade — like “Crusin’ USA” — where you’d sit in a seat and use a steering wheel, but it was purely fantasy driving. Cars bounce off each other and guardrails without doing any damage, and the roads you drive on don’t make any sense. It’s the racing equivalent of “Super Mario Bros.” Not coincidentally, the actual “Mario” racing series, “Mario Kart,” is an arcade racer.

A simulation racer, on the other hand, wants to replicate as closely as possible the experience of actually driving. In “Dirt Rally,” that means the car needs to realistically slide across the dirt track. And hitting things needs to cause damage to your vehicle in plausible ways.

I spoke with the lead designer on “Dirt Rally,” Paul Coleman, to discuss what exactly the bounds of realism are in that game. In the case of “Dirt Rally,” which landed on PC in December and PlayStation 4 and Xbox One this month, those limits aren’t about fun, but about the technology they have to work with.

It’s not about fun because it’s not a game for everyone. It’s a game for people who think extreme realism in a virtual rally car race is fun.

“There are obviously limitations to what we can do with the simulation, and that comes about from processing power,” Coleman said. “One of the key examples of that is we did a lot of investigation into how to model the surface. That was the first thing we looked at improving with our simulation engine. We studied a lot of university papers and it looked like using fluid dynamics was going to be the best way to model how these gravel surfaces churn up and how the tire interacts with them.

“But when you look at the processing power involved in trying to live-simulate fluid dynamics, you’d have ended up with probably something that looked like a box on an untextured screen. Feeling great, but it wouldn’t have been a game anymore.”

It’s not exactly a tough decision there: absolute realism with the physics of the dirt on the ground, weighed against building a product that is what Coleman calls “viable proposition for consumers.” A box sliding around a blank screen with the most realistic dirt physics ever imagined outside of reality isn’t that.

Coleman also detailed for me how vehicular damage works, probably a more easily digestible example. Essentially, when there’s an impact between your car and another car or a guardrail or whatnot, the game determines a percentage chance of it causing certain specific problems — like the engine becoming damaged. Then the game “rolls the dice,” as it were, with the percentage chance weighting the result. That’s not, strictly speaking, realistic. To be completely realistic the game would need to have results based on literal cause and effect. But it is as close as a video game can get with the technology at hand. A PlayStation 4 can only do so much.

Coleman, oddly enough, was able to bolster the realism of “Dirt Rally” with actual real-world experience with rally cars. After spending years as a developer on racing games he started, on the side, acting as co-driver for a rally driver, a role he described as “a driver’s personal assistant” both in an out of the car. He said that taking on that role, which he still does, gave him a “feel” for the sport and the experience of being in those rally cars that he and the developers at Codemasters didn’t have before. And that allowed them to polish up the aspects of “Dirt Rally” that we’d refer to as the “intangibles.”

Also Read: PlayStation 'Willing to Have the Conversation' About Online Play With Xbox Live

“When you actually sit down in that racing seat and strap yourself in and the light goes green, there’s a lot of stuff that happens in the car that you’d never believe could happen,” Coleman said. “The forces that you have exerted through your body, not just from the g-forces of sliding the car around, but the impacts you get when you land a jump and crash through the massive ruts in the road.

“And certainly there was a lot of stuff I brought to the table in terms of what the audio should sound like, bringing that firsthand experience of being in the car and being able to speak to our audio engineers,” he continued. “Ultimately these cars are stripped out. They’ve got no sound-deadening equipment in there. In fact the only thing that’s soft in the cockpit are the driver and the co-driver, really. So there’s a lot of resonance in there. A lot of impact from the stones hitting the underside of the car.”

Those rocks were a big one, apparently. After riding in the cars during races, Coleman realized the sound mix in the game was inaccurate, being more balanced toward the sound of the engine. But the loudest noise you hear during a race, apparently, was those stones. It’s a simple thing to change, and one that doesn’t requite any extra oomph from the game console or computer running the game.

“There were things we used to spend a lot of money on when we were making our rally games in the past that were pretty superfluous to what I experienced as a competitor,” Coleman said. “And there was a bunch of stuff that we could have done that was actually pretty cheap that we didn’t put in the games that we could have done very easily and quite cost-effectively. It’s changed our perspective on what’s important, and it’s allowed us to razor in on what it’s like to compete in these events.”

What does this mean for you, if you’ve never been inside a rally car before? Maybe nothing. These certainly aren’t things I worry about when playing “Dirt Rally” or any other racing video game.

But even so, I can appreciate that when I do play, that this is the closest I’m going to ever get (probably) to sitting in one of those cars.