This year is not the Oscars to confuse two prominent black women.

Beauty website Total Beauty mistook Whoopi Goldberg for Oprah Winfrey on Sunday, tweeting: “We had no idea @Oprah was #tatted, and we love it. #Oscars.”

Under the Academy Award trophy emoji was a photo of “The View” host on the red carpet, showing off her shoulder tattoo in a strapless gown. 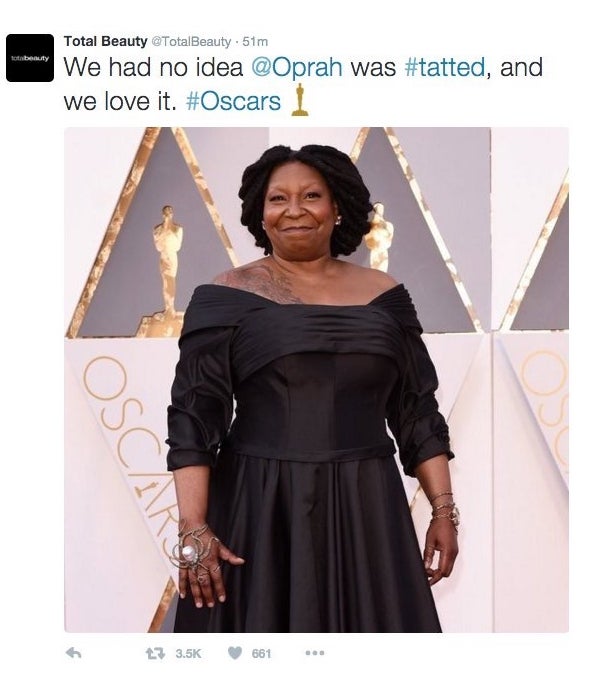 The blunder didn’t go unnoticed by Oprah either, as her best friend Gayle King revealed.

The company apologized shortly after it removed the tweet. Below is the mea cupla for what the site called “our error.”

We’d like to apologize to Oprah and Whoopi, as well as everyone we’ve offended. It was our error, and there are no excuses. We’re sorry.