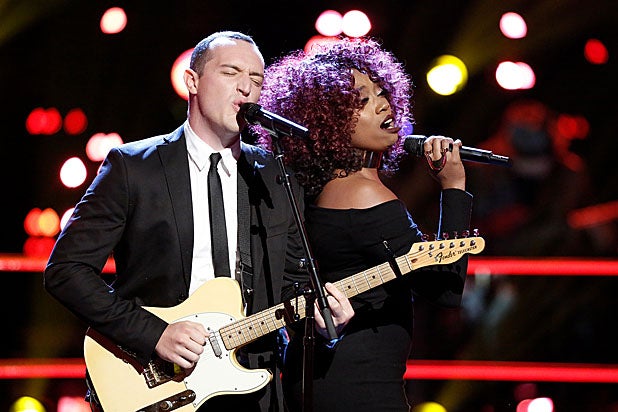 The week’s most emotionally reacted-to TV personalities and characters

“The Voice” and “The Walking Dead” survivors plus a dancing peanut had viewers talking passionately on social media over the past week.

The Wrap has partnered with Canvs, a language analytics company that measures emotions around content, for a weekly look at the characters and personalities that have TV viewers the most worked up. The data below covers Nov. 23-29 and is drawn from the most emotionally reacted-to broadcast and cable television shows.

“The Voice” is in the “live eliminations” portion of its season, so the drama is at a fever pitch, with fans taking to social media to root for their favorites and complain about those that shouldn’t make the cut. Gibson, who’s part of Team Miley (Cyrus), was saved from elimination via the show’s “Instant Save” procedure for a third time, which had some viewers thrilled and some seriously annoyed.

Aaron on #TheVoice is SO. CUTE. I would not be upset about him serenading me to sleep ????????

Don't get why people keep saving Aaron on #TheVoice. Watching paint dry is more entertaining than that guy.

Of the 29,259 ERs surrounding Sunday’s episode of “The Walking Dead” on AMC, nearly 1 in 5 mentioned Tara–the character Tara Chambler, played by Alanna Masterson. No surprise there, since the episode was Tara-centric. She’s definitely got her fans and detractors.

Tara has no chill #TheWalkingDead

Tonight's Walking Dead was surprisingly good. Tara is a bit crazy. I'm into it.

Tara not dead yet? Im not watching lol #TheWalkingDead

It’s hard to stand out in the annual Macy’s Thanksgiving Day Parade, but somehow Mr. Peanut managed to evoke the most reactions of all the fictional characters on display, sparking just under 3% of the 37,002 ERs prompted by NBC’s coverage. Which, granted, isn’t a huge number, but it beat out even Charlie Brown’s ERs (good grief!), and it gives us an excuse to share a gif of a bespectacled legume dabbing.

Mr Peanut was just dabbing on NBC. What a time to be alive. #MacysThanksgivingDayParade