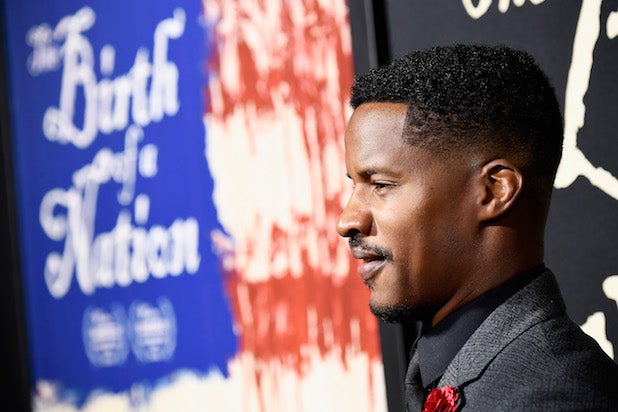 “We were all rooting for him,” Ebony magazine said of Nate Parker last month.

But once word of the highly anticipated “Birth of a Nation” director’s 1999 rape allegations resurfaced, legions of people took to social media to express their opinions. The discussion became two-pronged — do we support a breakout black director’s (during a time when there are so few prominent black filmmakers) film about a revolutionary black historical figure that could potentially be an Oscar contender, or do we boycott the film in protest of the normalization of rape culture and the violence against black bodies?

The conversation surrounding Parker’s rape controversy is a complicated one for the black community — and even more so for black women. This is due to a concept known as “intersectionality,” a term coined by Kimberlé Crenshaw, a professor of law at Columbia University and the University of California, Los Angeles.

Intersectionality refers to overlapping identities (race, class, ability, gender, etc.), and in the conversation over Parker, black women carry the burden of race and gender because they, unlike black men, cannot separate the two.

“It’s an emotional struggle that black women face as we stand firmly positioned between our race and our gender,” said Keyaira Kelly, a writer for Hello Beautiful.

Kelly added that she was caught between empathizing with the “young, intoxicated girl in a college athlete’s room” and “the painful awareness of centuries of demonized Black men who were never even afforded the right to trial.”

In light of the recent #OscarsSoWhite controversy, police shootings of black men and the overall racial climate of the United States, some might feel that attempts to criticize Parker for a rape case that he was acquitted for is discriminatory.

“The way you kill the message is you try to smear the messenger,” Sharpton told The Root.

Parker has, like many others, consistently taken the stance that the focus of the media should be on “The Birth of a Nation” and its powerful message rather than his 17-year-old scandal. He’s had multiple opportunities to appeal to his audience and express some penitence, but he’s tended in recent interviews to attempt to dodge the controversy.

“This isn’t about me,” the director told “Good Morning America” anchor Robin Roberts. “The story of Nat Turner as an American, as American people, the story about a man who was erased from history, at some point. I think that’s where our focus should be.”

Even though Nat Turner’s story is a significant one that needs to be seen and heard, many black women are simply tired of giving passes to men because of their contributions in advancing black culture.

According to author Demetria Lucas D’Oyley, women have been constantly asked to overlook misogyny for the greater good of the community, from shutting up about “King’s affairs because he had a dream” to “Cosby because he created ‘The Cosby Show’ and ‘A Different World’ which were positive images of black people.”

“And now Parker too just because he can act, produce and direct all at once?” D’Oyley wrote, declaring that she would withhold her support for Parker.

Some might believe that there is a racial double standard applied to the “The Birth of a Nation” director, especially when Woody Allen and Roman Polanski have celebrated and honored despite their sexual assault controversies.

Nnennaya Amuchie, reproductive justice fellow at If/When/How, told TheWrap, “There’s the assumption that as black women we have to support every single thing, and I think that’s unfortunate because that usually works to the benefit of black men and works to the detriment of black women.”

Also Read: Nate Parker 'Not Going to Apologize' for Being 'Falsely Accused' of Rape (Video)

“Nobody is being too hard on Parker, people were just too easy on other white male celebrities,” said Amuchie. “If people are advocating for black men to dodge backlash for rape just because they’re black we are setting a terrible precedent, especially for many survivors and victims that are black women.”

“The Birth of a Nation” will hit theaters Oct. 7.