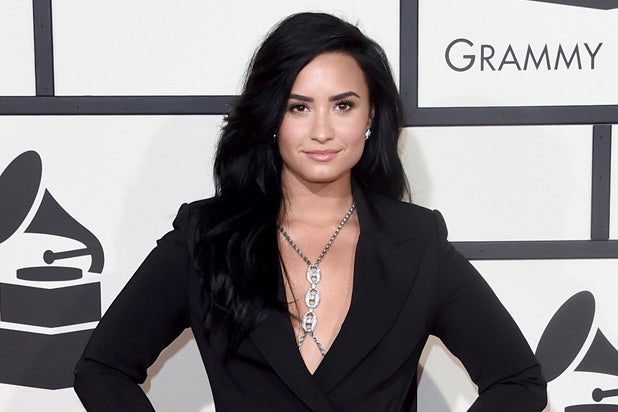 TheWrap has partnered with Canvs, a language analytics company that measures emotions around content, for a weekly look at some of the characters and personalities that have TV viewers the most worked up on social media. The data below covers March 1-7 and is drawn from the most emotionally reacted-to television shows, including broadcast, cable, streaming and PPV.

A pop singer, a basketball star and a new bride in Canada’s coal country had viewers talking passionately on social media over the past week.

Of the 138,072 Emotional Reactions (ERs) surrounding the 2017 iHeartRadio Music Awards on TBS, TNT and truTV, 5.1 percent mentioned Demi Lovato. The singer was one of the nominees for Best Fan Army and although she didn’t win (Fifth Harmony took home that prize), her dedicated followers took to social media, furiously sending variations on the message “DEMI ON IHEART #BestFanArmy #iHeartAwards #Lovatics” to try to get it to trend on Twitter. (They succeeded.) Other viewers took the opportunity to comment on her super shiny outfit, with some loving it and others joking about it.

Of the 48,072 ERs surrounding the game between the Los Angeles Lakers and Dallas Mavericks, 22.1 percent mentioned Dirk Nowitzki. During the second quarter, the Mavericks power forward hit a baseline jump shot which put him over a grand total of 30,000 career points. He becomes the sixth layer in NBA history to score that many points (joining what some playfully call the “30,000-point club” whose members include Kareem Abdul-Jabbar, Karl Malone, Kobe Bryant, Michael Jordan and Wilt Chamberlain). Fans went wild, flooding social media with congratulatory messages.

Not a Mavs fan but respect to Dirk

Of the 22,401 ERs surrounding the latest episode of Hallmark’s “When Calls the Heart,” 4.6 percent mentioned the character Rosemary (portrayed by Pascale Hutton), who recently married Lee Coulter (Kavan Smith). Viewers were commenting about everything from her humor to her looks, with many in particular enjoying how she dressed up as a fortune teller for the carnival.

#Hearties OMG, Rosemary is so funny! ❤ her!

Oh my goodness Rosemary is to cute. #hearties @hallmarkchannel

Must say Rosemary looks amazing as a fortune teller at the carnival!! #Hearties @hallmarkchannel

NBC drama’s got great pedigree and ‘The Voice’ lead-in, sure, but there’s considerably more to it than that

"This Is Us" is fall TV's biggest freshman hit -- and it's really not all that close. The one-hour show premiered as NBC's most-watched scripted series in the time period in 7 years. It hasn't slowed down since then -- click through the slideshow to find out why.

Also Read: ‘This Is Us': The Biggest Tearjerker Moments So Far (Photos)