Toronto rapper Drake has been making his presence known courtside during the Raptors’ historic NBA playoffs run, so many people might be wondering why he was rocking a “Curry” jersey for Thursday night’s Game 1 of the Finals.

In fact, both Stephen and younger brother Seth Curry played for the Toronto’s Queensway Christian College boys’ basketball team in 2001 when they were in middle school. 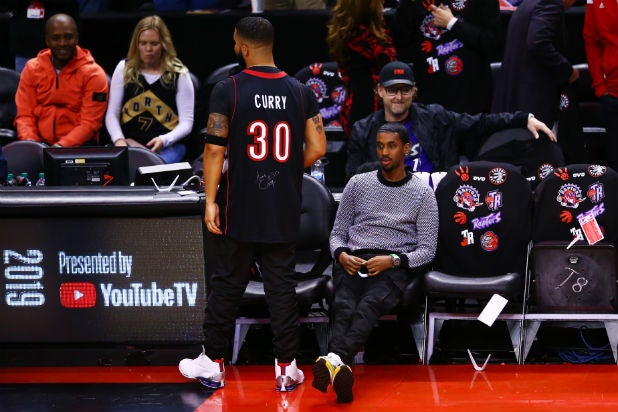 After visibly taunting Stephen Curry during the first NBA Finals game to ever be played in Canada, Drake had the last laugh when the Raptors opened the series with a victory over the defending champions, 118-109.

While he didn’t rub Golden State coach Steve Kerr’s shoulders like he did to Raptors coach Nick Nurse during the Eastern Conference Finals last week, Drake trolled the Warriors at every opportunity including jumping to his feet in the second quarter to protest a Curry foul that floored Fred VanVleet when he was hit by a trailing arm.

In a move that may not have been as accidental as it appeared, Golden State’s six-foot-six forward Andre Iguodala almost took Drake out when he dove into the crowd after trying to retrieve a ball later in the game.

Also Read: How 'Tom vs Time' Motivates Stephen Curry's NBA Playoff Run: 'It Is a Bible for a Lot of Athletes

The trash-talking rapper was determined to have the last word even after the Warriors walked off in defeat, mouthing what appeared to be “you’re trash” to Draymond Green as he passed.

Try telling that to Drake …

Game 2 of the NBA Finals from Toronto tips off at 5 p.m. PST Sunday on ABC.