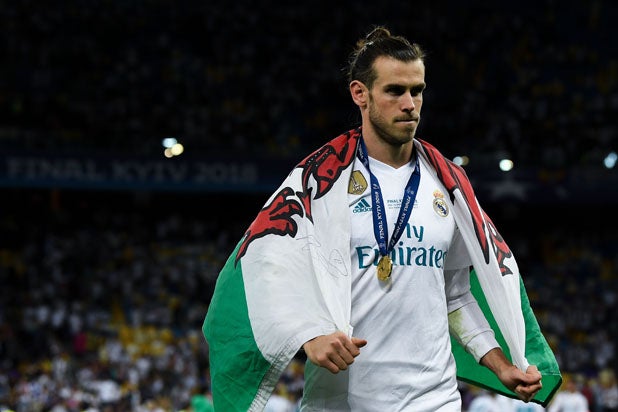 A Real Madrid player, a forensic scientist, Danica Patrick and Will Power had viewers talking passionately on social media over the past seven days.

The Wrap has partnered with Canvs, the emotion measurement AI company, for a weekly look at some of the characters and personalities that have TV viewers the most worked up on social media. The data below covers May 23-29 and is drawn from the most emotionally reacted-to television programs, including broadcast, cable, streaming and PPV.

Viewers expressed shock and awe when Real Madrid player Gareth Bale made a stunning bicycle-kick goal during his team’s UEFA Champions League match against Liverpool FC. (The game generated 128,182 Emotional Reactions — ERs — and was broadcast on Fox.) Bale had just come into the game mere minutes before as a substitute and his goal put Madrid up 2-1 (they eventually won 3-1 after Bale scored again).

Also Read: USA Eliminated From Men's World Cup for First Time Since 1986 and Fans Are Crushed

ARE YOU SERIOUS! Gareth Bale scores one of the best goals you'll EVER see to give Real Madrid a 2-1 lead! #UCLfinal pic.twitter.com/SCqFozk6qx

Although the series finale of Fox’s “Lucifer” was technically a few weeks ago, the show aired two “bonus” episodes this week that racked up 99,262 ERs, with Ella Lopez (portrayed by Aimee Garcia) driving the most conversation of any character. Fans loved the Ella-centric plotline and tapped out a multitude of adoring messages; it’s worth noting that “love” occured in over 43% of all ERs about the show, and Ella was one of the main drivers of that emotion.

Ella, you are just to cute! #Lucifer

I love getting to see more about Ella. #Lucifer #SaveLucifer

ABC’s broadcast of the 2018 Indianapolis 500 generated 23,035 ERs with two drivers sparking conversation in particular: Danica Patrick, who crashed on lap 68 but luckily emerged unharmed, and Will Power, who took the lead with four laps remaining and snagged the win. As you’d expect, viewers sent condolences to Danica (who will be retiring) and congratulatory messages to Will.

Feeling badly for @DanicaPatrick Hope she's ok physically. Has to sting a little to have your retirement race end this way???? https://t.co/awdvas1U2y

Will Power is an awesome name.