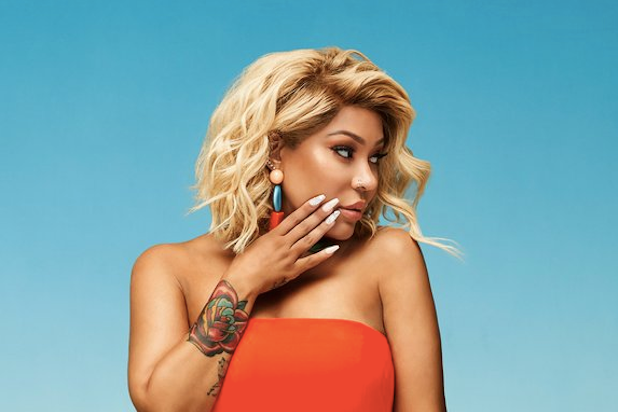 TheWrap has partnered with Canvs, the emotion measurement AI company, for a weekly look at some of the characters and personalities that have TV viewers the most worked up on social media. The data below covers Nov. 7-13 and is drawn from the most emotionally reacted-to television programs, including broadcast, cable, streaming and PPV.

A Steelers running back, a mixed martial artist and a cast member of “Love & Hip Hop: Hollywood” had viewers talking passionately on social media over the past seven days.

The Fox and NFL Network broadcast of the game between the Carolina Panthers and Pittsburgh Steelers generated 71,374 Emotional Reactions (ERs), with Steelers running back James Conner driving a critical mass of emotional conversation. Conner has been playing in place of Le’Veon Bell, who didn’t sign the franchise tender and is thus ineligible to play at all this season — and many fans don’t seem to mind, showering Conner with praise during the game and expressing worry when he was later evaluated for a concussion.

Everyone says james Conor is so great But he is not leveon bell. Im not so sure about that. James conor is a beast

Shut up dude no one on the Steelers or Steelers fan’s want you anymore. James is putting up better numbers than you and look at how much he is getting paid. I hope you are happy declining 14 million dollars

@JamesConner_ PLEASE GET BETTER , I NEED YOU TO GET BETTER , FEEL BETTER , SOMETHING DANG IT !!! Don’t you do this James , GET YOUR BUT BACK ON THAT FEILD , NOWWWWW Please , Ok Ttyl !

Mixed martial artists Chan Sung Jung and Yair Rodriguez squared off against each other during a UFC event that was broadcast on Fox Sports 1 and sparked 35,541 ERs. Rodriguez ended up driving much of the emotional conversation thanks to a (literally) last-second hit with his elbow to Jung, who’s also known as the “Korean Zombie.” The crowd, both in person and online, went wild as Jung hit the mat and handed victory over to Rodriguez.

29-28 Yair. This fight makes up for the rest of the card being boring. #ufcDenver

Viewers were eager to throw some shade at Lyrica during a recent reunion episode of “Love & Hip Hop: Hollywood,” which was broadcast on VH1 and garnered 10,768 ERs. Lyrica, who’s seven months pregnant with co-star A1’s baby, joined the other cast members remotely, but that didn’t stop a torrent of screaming and fighting. Viewers threw their hands up in exasperation, clearly tired of her shenanigans and the A1/baby storyline.

Lyrica is so annoying with her fake tears. #LHHH

Lyrica is a roach. Stfu. #LHHReunion

Happy #NationalDonutDay, or as we like to call it, Friday