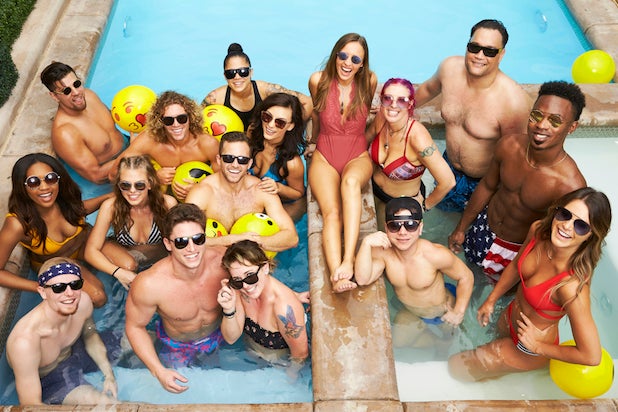 An eliminated houseguest, a “Bachelorette” contestant and a Black Badge Division agent had viewers talking passionately on social media over the past seven days.

The Wrap has partnered with Canvs, the emotion measurement AI company, for a weekly look at some of the characters and personalities that have TV viewers the most worked up on social media. The data below covers July 25-31 and is drawn from the most emotionally reacted-to television programs, including broadcast, cable, streaming and PPV.

An episode of “Big Brother” on CBS generated 19,696 Emotional Reactions (ERs), with Kaitlyn Herman being the contestant who drove the most emotional conversation. She was evicted in a 9-1 vote, but was offered the chance to win back her place at the house if she could complete a life-size puzzle in a certain time limit (she did not build it correctly and was officially evicted). For the most part, people were happy to see her go, with some even laughing at her failed attempt at re-entry.

I'm sick of kaitlyn and big brother period. They make the dumbest decision on who to evict. However I hope kaitlyn goes home. #bb20

if kaitlyn doesn’t go home tonight i swearrrrrrr i cannot stand her voice, her crying, and her sperm eyebrows anymore #BB20

Honestly, I don't want Kaitlyn back. While she is a hot mess and causes lots of drama,
I'm over her being the center of every storyline.
I can't take any more baby talk on the feeds.
AND if one of my faves wins HOH I don't want them to have to waste it on re-evicting her #bb20 pic.twitter.com/FtaGnplKDL

Oh Kaitlyn… I don’t even have words to say what just happened. What a perfect end to your reign in the BB house. That was glorious! #BB20

During the “Men Tell All” episode of “The Bachelorette” on ABC (17,262 ERs), a spotlight was shone on the 17 eliminated contestants, and one in particular stood out to fans: Jason Tartick. Viewers gushed over his looks, personality and insights, with many stating that he should be the next Bachelor. (The season finale of “The Bachelorette” airs next week.)

Also Read: 'Bachelor' Creator 'Horrified' That 'Abusive A-holes' Made It Onto 'The Proposal,' 'Bachelorette'

Jason is so emotionally stable, eloquent, self aware, and insightful. CAN I HAVE ONE? @Jason_Tartick #theBachelorette

Jason is a gem and should def be the bachelor. He’s perfection and seems like a nice decent guy. Unlike Colton.

If Jason isn’t the Bachelor I am never watching this show again!! And by not watching it again I mean I will watch it but with agony #MenTellAll

Why Jason should be the next Bachelor
1) He’s beautiful
2) He’s respectful
3) He’s a great kisser
4) He’s secretly Jack Pearson
5) You need no more reasons, he needs to be the next bachelor…#TheBachelerotte #MenTellAll pic.twitter.com/hEg7ExtOJ8

Fans of Syfy’s “Wynonna Earp” got a heartbreaking shock during the most recent episode that prompted 15,380 ERs when (spoiler alert!) Black Badge Division agent Xavier Dolls (portrayed by Shamier Anderson) was killed. As one of the first major character deaths in the show, it naturally sparked lots of emotional conversation. People expressed sadness and gratitude to Xavier/Shamier for being on the show.

Also Read: 'Nightflyers' Trailer: Crew Gets Picked Off One By One on George RR Martin Syfy Thriller (Video)

@ShamierAnderson You are a prince sir! I hope this isn’t the last we see of you on #WynonnaEarp #SYFY Long live Xavier Pamela Dolls pic.twitter.com/Fxc993KTp6

I just wanna say a huge THANK YOU to our lovely Xavier Pamela Dolls, we love you @ShamierAnderson thanks for this boy #WynonnaEarp

#FridayFeeling is looking forward to #WynonnaEarp and then later feeling Kleenex should have been a sponsor. RIP Xavier Dolls pic.twitter.com/ljpCjhk9So