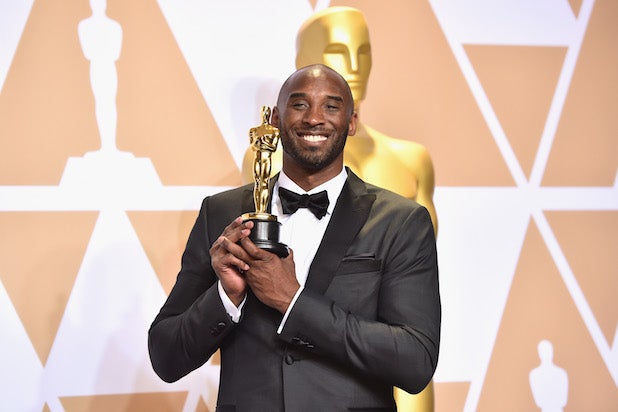 An Oscar-winning athlete, the latest Bachelor and a pro basketball player had viewers talking passionately on social media over the past seven days.

The Wrap has partnered with Canvs, the emotion measurement company, for a weekly look at some of the characters and personalities that have TV viewers the most worked up on social media. The data below covers Feb. 28 through Mar. 6 and is drawn from the most emotionally reacted-to television programs, including broadcast, cable, streaming and PPV.

Unsurprisingly, ABC’s broadcast of the 2018 Oscars was the most emotionally reacted-to programming during the period measured with an impressive 1,019,966 Emotional Reactions (ERs). As fans flocked to screens around the country to take in the red carpet glamour and cheer on their favorite stars, one person emerged as being a major conversation driver: Kobe Bryant. The former NBA star won the Oscar for best animated film for “Dear Basketball.” Viewers were happily surprised, and congratulated him en masse.

Kobe got an Oscar. How dope is that

Arie Luyendyk Jr. sparked a firestorm of conversation during part one of the season 22 finale of “The Bachelor” on ABC (127,090 ERs) when he proposed to Becca… but ending up breaking up with her to chose the other final contestant, Lauren. Viewers expressed shock and utter contempt at his actions. This tops off a season in which Arie has often been, uh, less than desirable in the eyes of fans.

Wow Arie is a dick #TheBachelor

okay arie is the worst bachelor

ARIE IS A SCUM HUMAN BEING!!

James Harden was one of the main drivers of conversation during the NBA game between the Houston Rockets and Los Angeles Clippers, which was broadcast on ESPN and generated 87,739 ERs. During the first quarter the Rockets guard’s crossover dribble made Clippers guard Wesley Johnson fall over — and then Harden stared him down before sinking a third point shot. Although Harden denied accusations of blatant disrespect, many viewers felt differently.

HARDEN WITH THE DISRESPECT!!