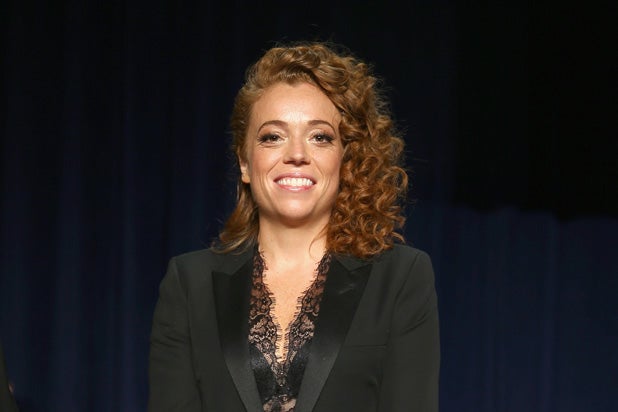 A comedian, a wrestler and an eliminated ‘Idol’ contestant had viewers talking passionately on social media over the past seven days.

The Wrap has partnered with Canvs, the emotion measurement company, for a weekly look at some of the characters and personalities that have TV viewers the most worked up on social media. The data below covers April 25 through May 1 and is drawn from the most emotionally reacted-to television programs, including broadcast, cable, streaming and PPV.

Michelle Wolf was a huge emotional driver during the 2018 White House Correspondents’ Dinner, which was broadcast on multiple channels and simulcast across sites online, generating over 115,000 Emotional Reactions (ERs). Her headline-making jabs at the Trump administration and White House press secretary Sarah Sanders sparked strong feelings of all kinds. Some viewers loved the jokes and her take on what’s been going on in Washington, while other felt her monologue was in poor taste, unfair or just generally a disgrace.

Sarah sanders is all class. Michelle wolf is a disgrace. #whcd2018

Michelle Wolf honestly was terrible and she probably has an IQ of 3. I have no other words for her.

WWE’s “Greatest Royal Rumble” was broadcast on PPV and resulted in over 62,000 ERs, with Titus O’Neil being one of the wrestlers driving the most conversation. As Titus ran down the stage to make his entrance, he stumbled, fell and actually slid under the ring itself — leaving the announcers and viewers alike in a mini state of shock that quickly turned to amusement (Titus recovered in a split second and jumped into the ring, no harm done). WWE took advantage of the moment and has since created T-shirts commemorating Titus’s epic fall.

During the latest episode of “American Idol” on ABC (18,107 ERs), Dennis Lorenzo sparked a ton of emotion during his performance and subsequent elimination. Many viewers loved his song; as it was a Disney-themed evening, he performed “Can You Feel the Love Tonight” from “The Lion King.” But despite the positive fan feedback, the judges ultimately decided to cut him, prompting surprise and sadness among viewers.

How is Michael better than Dennis? I don't get it. ????#AmericanIdol