On March 30, Bruce Willis’ family announced on social media that he would retire from acting because of an ongoing struggle with aphasia, a brain disorder that affects a person’s cognitive function and ability to communicate.

Instantly fans began sharing their favorite Willis performances across social media, but they were faced with a glaring hole in the Willis oeuvre – “Moonlighting,” the ABC comedy-drama series that turned Willis into a household name and led to him being cast in “Die Hard.” The series isn’t available on any streaming platform, despite being one of the biggest shows of the 1980s, and the DVD box sets, a reliable standby in situations where streaming is not an option, have long been out of print (vintage copies going for more than $100 per season on eBay and other secondary markets).

It was a case worthy of Willis’ snarky character David Addison and Cybill Shepherd’s ex-model Maddie Hayes, who teamed up to run a detective agency in the five-season hit. So, who is to blame for the missing “Moonlighting”? According to series creator Glenn Gordon Caron, the holdup has to do with music licensing issues — an increasingly common issue for older shows. 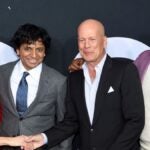 Also Read:
Bruce Willis Lauded by Hollywood After News of Exit From Acting: ‘Forever a Legend’

About four years ago, Caron said he contacted Disney, which owns the show, about putting “Moonlighting” on the company’s then-upcoming direct-to-consumer streaming platform, Disney+. Someone from the studio told him, “Well, we don’t see Disney+ that way” — an apparent reference to the show’s more PG-13 material not fitting with the family focus of the streamer’s content at the time of launch.

“Now, of course, in its maturity, they realize you need to be able to program for many different age strata,” Caron said, referencing the streamer’s recently announced plan to include TV-MA and R-rated content on the platform.

When he pressed the Disney exec on why they wouldn’t bring “Moonlighting” to streaming (at the time the company owned a minority stake in Hulu as well), Caron said he was told, “Look, the big problem we have is, the show is just larded with music. None of those rights have been sewn up, and we believe it would be cost prohibitive to go get them now.”

Disney tried to convince him to swap out the music, replacing more iconic songs with soundalikes or songs that are cheaper to license. (This has happened to shows before; as with the disastrous home video releases of “WKRP in Cincinnati” or “The Wonder Years” on Netflix, which couldn’t even retain the Joe Cocker cover of “With a Little Help From My Friends” for the theme song.) Instead of continuing the fight, Caron dropped the issue.

“The last conversation that I had with them, which I’m guessing was probably about two years ago, the music was really the financial reason,” Caron said.

TheWrap has reached out to Disney but has not yet received a response. “But I think the economics have obviously changed in the last two years in terms of what streaming’s become,” Caron pointed out. He noted that “Miami Vice,” a series that was famously waylaid because of its extensive use of contemporary pop music (and one that aired at the same time as “Moonlighting”), is now streaming on NBCUniversal’s Peacock, with Phil Collins bangers fully intact.

Music licensing has become a frequent source of consternation for creators and studios, first as the DVD boom blossomed and season box sets became all the rage, and later as the home video market shifted to streaming. “Freaks and Geeks,” Judd Apatow’s beloved coming-of-age series, had a notoriously difficult time clearing music used in original episodes. “China Beach,” which began airing as “Moonlighting” and “Miami Vice” were winding down (and was just as influential), also famously had issues with licensing music. For its DVD release, more than 250 songs were successfully licensed but 17 couldn’t be cleared; they were either deleted or replaced. (“China Beach” is still not streaming.) MTV productions like “Daria” and “Beavis and Butthead” likely can never be streamed as they originally aired due to the complexity of the licensing issues. 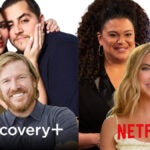 Caron said that Disney never cited a specific song as the reason for the holdup. Adding to the complicated nature of the situation, Caron guesses, is that unlike “Miami Vice,” where the song selections were almost entirely contemporary, “Moonlighting” ran the gamut. “We licensed stuff from the ’60s, ’70s and ’80s, and also broke new music,” Caron said. “We were sort of all over the map, and actually sometimes used to philharmonic music – ‘The William Tell Overture’ or whatever worked the best.” “Moonlighting” also had a very famous theme song, performed and co-written by jazz great Al Jarreau and produced by Chic mastermind and Daft Punk collaborator Nile Rodgers (it was nominated for two Grammys and spent a week at the No. 1 spot of the Billboard Adult Contemporary chart). At least you can stream the song on Spotify.

Disney has claimed that music rights issues have held up series before. This was their reasoning for “The Muppet Show” not being on the company’s streaming platform (the series was also never fully released on DVD), despite Disney having finalized a deal for the characters (and the series) back in 2004. Then, in February of last year, “The Muppet Show” arrived on Disney+. And it was mostly complete too – only two episodes were lost. One was because Chris Langham, a British comedian (who was actually a last-minute replacement for Richard Pryor on the episode), was convicted in 2005 on child pornography charges. And the other was a Brooke Shields episode. The reason for Shields’ episode being omitted? Music licensing issues stemming from a “Wizard of Oz” parody number.

In other words, Disney paying for music licensing is an issue, until it isn’t.

And Caron, who has contemplated discussing a Blu-ray release with the Criterion Collection (“I worship at the Criterion name”), is still somewhat optimistic that “Moonlighting” will crack its hardest case yet – how to get on Disney+ or Hulu (which Disney now controls outright). ”I’m represented by WME, and I have terrific lawyers, and I’m constantly banging on them and saying, ‘Is there anything we can do?’” Caron said. “It’s a question, also, of timing and all their thing. Now, obviously with all the press that Bruce and the unfortunate situation he’s in has gotten, suddenly there’s a real interest. People really want to see the work. That, too, has become part of the conversation.” 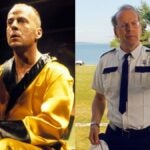