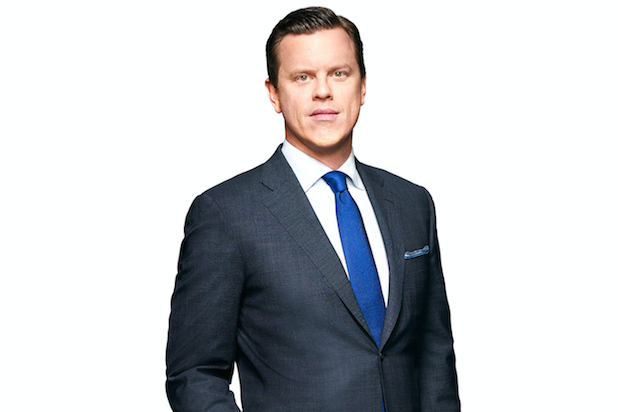 NBC News veteran Willie Geist is co-host of “Morning Joe” and hosts “Sunday Today,” but he’s hoping a different member of his family gets some screen time on Sunday at the Academy Awards.

Willie’s sister, Libby Geist Wildes, is an executive producer of ESPN’s “O.J.: Made in America,” which is nominated for best feature documentary.

“We’ve been blessed to have exciting things happen in our life… this is far and away the most exciting thing that has ever happened to a Geist. Win or lose it’s amazing,” brother Geist told TheWrap.

Also Read: Karl Lagerfeld Says Meryl Streep Canceled His Oscars Dress to Wear a Designer 'Who Will Pay' Her

The documentary, which is directed by Ezra Edelman, took Geist Wildes years to complete. But it was worth the wait as the final product has already won multiple awards and has been widely praised throughout the film industry.

“They had this idea for a film but the question was, is there enough left to say about O.J. and are people willing to hear it,” Geist said of his sister’s lauded project. “When they broadened it out with Ezra’s vision, to do something not about the O.J. trial which we’ve heard about ad nauseam, but about the America that he lived through… you sit and you watch it and you don’t want it to be over.”

The “Morning Joe” co-host won’t attend the Awards, as he has to up bright and early the next morning. But he plans to root for his sisters film from their parents home with the rest of the family in the New York area.

“Whatever happens, [my sister] went to the Oscars, which is the peak Geist achievement of all time,” Geist said. “We’ll never top that so she’s already won in that regard.”

While Geist isn’t working on any Oscar-eligible projects, he’s not doing too shabby himself. “Morning Joe” beat rival CNN in total viewers for the month February and continues to make news on a regular basis as Geist, Joe Scarborough and Mika Brzezinski hold the Trump administration’s feet to the fire.

“Morning Joe” has now topped CNN in total viewers for 24 consecutive months. Geist is also approaching his one-year anniversary hosting “Sunday Today,” and is well aware that a legacy brand such as “Today” is a precious thing to be part of.

“I was so lucky to get this hour from NBC… It’s very rare moment in our business when someone says, ‘Here is an hour of network television in such a premium place… do your thing with it,'” Geist told TheWrap, explaining how he is bringing something new to the long-running broadcast.

Geist will get in on a bit of Oscar fun, too, when he interviews Saroo Brierley, the inspiration for the Oscar-nominated movie “Lion.”