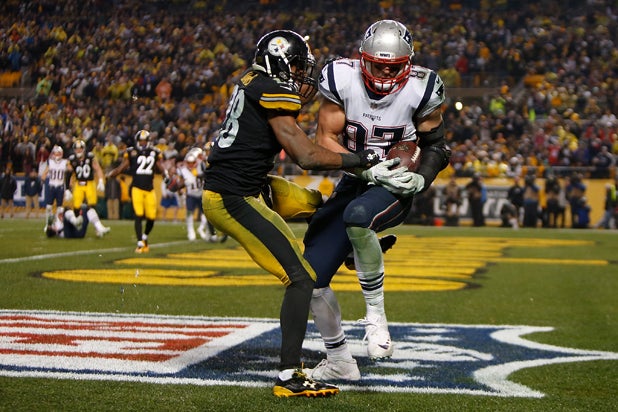 TheWrap has partnered with Canvs, the emotion measurement company, for a weekly look at some of the characters and personalities that have TV viewers the most worked up on social media. The data below covers Dec. 13-19 and is drawn from the most emotionally reacted-to television programs, including broadcast, cable, streaming and PPV.

A Patriots tight end, “The Voice” winner and a beloved Christmas icon had viewers talking passionately on social media over the past seven days.

The NFL matchup between the New England Patriots and the Pittsburgh Steelers, broadcast on CBS, was the most emotionally reacted-to program of the period measured, with 205,288 Emotional Reactions (ERs). Patriots tight end Rob Gronkowski was the most mentioned player of the game, with fans applauding his skills as he caught nine passes for a total of 168 yards. Gronk was also named AFC Offensive Player of the Week.

Hell of a catch by gronk

NBC’s “The Voice” wrapped up its 13th season with a two-part, two-night finale event this week that garnered a total of 61,281 ERs. Perhaps unsurprisingly, it was the ultimate winner, Chloe Kohanski, who was most-mentioned performer. Fans chimed in to wish her well going into the finals, and then sent an avalanche of congratulatory messages when she was announced as the supreme champ.

“A Christmas Story” is, of course, a beloved holiday movie, and this year Fox took it to a new level with a live musical version that inspired 24,771 ERs. Of all the characters, it was the young Ralphie Parker, portrayed by Andy Walken, who captured viewers’ hearts and sparked the most conversation of the evening. The discussion was overwhelmingly positive, with many people saying how cute Ralphie was, while others complimented Walken’s acting skills.

Ralphie is my hero *swoon* #AChristmasStoryLive

Ralphie has some good vocals #AChristmasStoryLive