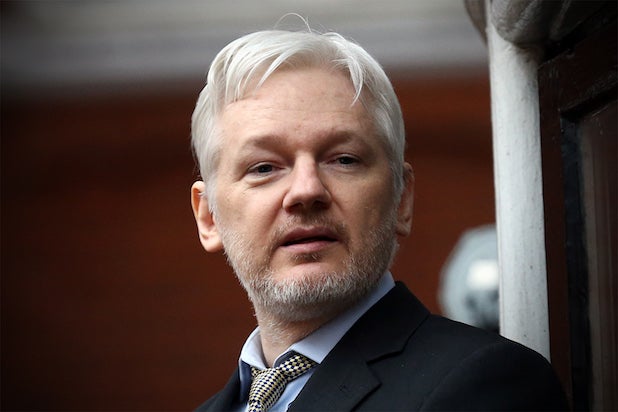 WikiLeaks founder Julian Assange was arrested on Thursday in London after Ecuador president Lenin Moreno withdrew its offer of asylum in its embassy in the London capital.

The U.S. Justice Department announced that it is seeking extradition so that the 47-year-old Australian national can face a federal charge of conspiracy to commit computer intrusion for agreeing to help break a password to a classified U.S. government computer.

According to the indictment, in March 2010 Assange conspired with former U.S. Army intelligence analyst Chelsea Manning to crack a password stored on U.S. Department of Defense computers connected to the Secret Internet Protocol Network (SIPRNet), a U.S. government network used for classified documents and communications.

Manning, who had access to the computers, downloaded thousands of classified records to transmit to WikiLeaks in one of the largest breaches of classified information in U.S. history.

Assange’s lawyer, Jennifer Robinson, tweeted that her client “has been arrested not just for breach of bail conditions but also in relation to a US extradition request.”

In a tweet, WikiLeaks said Ecuador “has illegally terminated Assange political asylum in violation of international law.” In a subsequent tweet, the organization said: “Powerful actors, including CIA, are engaged in a sophisticated effort to dehumanize, delegitimize and imprison him.”

Assange has been holed up in a back room of the embassy for nearly seven years after seeking asylum there to avoid extradition to Sweden on a rape accusation — which he denied and was later dropped.

Moreno said his country “had reached its limit” with Assange in a statement reported by the BBC that cited WikiLeaks’ January 2019 release of secret Vatican documents. “This and other publications have confirmed the world’s suspicion that Mr Assange is still linked to WikiLeaks and therefore involved in interfering in internal affairs of other states,” Moreno said.

British Home Secretary Sajid Javid on Thursday confirmed that Assange was in the custody of British authorities “and rightly facing justice in the UK.”

According to London Metropolitan Police, Assange had been arrested on a June 29, 2012, warrant issued for “failing to surrender to the court.”

Assange emerged as an important figure in special counsel Robert Mueller’s investigation of Russian interference in the 2016 election, including how WikiLeaks obtained emails stolen from Hillary Clinton’s presidential campaign and Democratic groups.