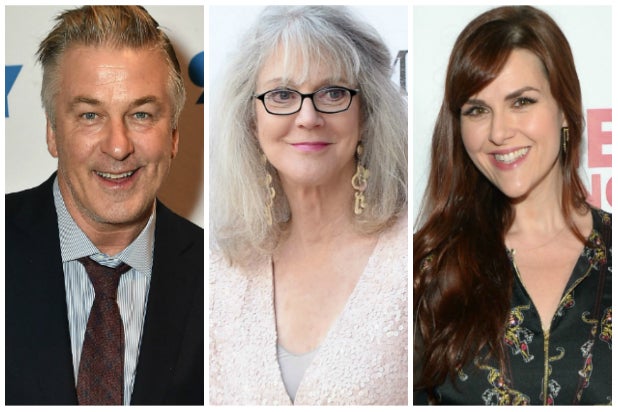 Alec Baldwin, Blythe Danner and Sara Rue are set to reprise their roles on NBC’s revived “Will & Grace.”

Those Season 1 (you know, the second time around) guest stars will be joined by a pair of newcomers to the universe: Mary McCormack and Robert Klein.

These three coming back to the sitcom follows news of Jennifer Lopez’s own return.

As previously reported, J. Lo. will play two roles on this version of “Will & Grace”: herself, and her “Shades of Blue” character Harlee Santos. That specific episode has yet to be identified.

Lopez first guest starred on “Will & Grace” in a pair of Season 6 episodes, in which she played herself and performed at Karen’s (Megan Mullally) wedding. In that plot-line, Lopez apparently grew up with Karen’s maid, Rosario (Shelley Morrison), in the Bronx. She sang her hit “Waiting for Tonight” at the nuptials and had Jack (Sean Hayes) fill in as one of her backup dancers.

Also Read: Jennifer Lopez Set to Return to 'Will & Grace' in 2 Different Roles

“Will & Grace” is produced by Universal Television.

This Season 1 consists of 16 episodes. The comedy has already been renewed for a 13-episode Season 2.