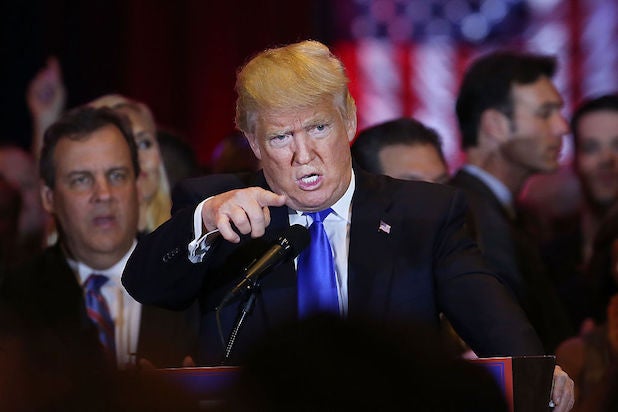 If anyone is going to go after The New York Times for publishing Donald Trump’s tax information, it seems most likely to be New Jersey Attorney General Christopher Porrino.

The question is whether anyone will press charges. There are several prosecutors who conceivably could — including a federal lawyer, or the attorneys general of Connecticut, New York or New Jersey.

But only Porrino was appointed by New Jersey Gov. Chris Christie, one of Trump’s most loyal supporters.

Porrino gave up a successful law practice begin working for the state in 2012, becoming Christie’s chief counsel and then, this year, attorney general.

New York Attorney General Eric Schneiderman is a Democrat and Hillary Clinton supporter who on Monday ordered the Trump Foundation to immediately stop soliciting donations in his state. Connecticut’s state laws don’t seem to treat the Times’ publication as a crime, unless a current or former state employee was directly involved.

Also Read: Trump Tax Records Show 'He Could Have Paid No Taxes' for 18 Years, Says NYT

Porrino is a “personal friend” of Christie who helped the governor during the Bridgegate scandal, according to the Bergen County Record. The same paper reported that Porrino is not registered with either political party, although the Encyclopedia of American Politics counts Porrino as a Republican. His term as New Jersey attorney general will last through January 2018, when Christie leaves office.

Porrino’s office did not immediately respond to TheWrap’s request for comment.

Trump’s tax records suggested his $916 million loss on his 1995 income tax return could have “allowed him to legally avoid paying any federal income taxes for up to 18 years.”

A Times spokesperson told TheWrap that the paper has not been contacted by law enforcement regarding the publishing of the documents, adding, “Nor has there been follow up from Trump’s lawyers.”

“Our job is to report on matters of public concern, and that’s what we did here. Neither Mr. Trump nor his campaign has said anything to refute our conclusion that the tax information we published was accurate,” the paper said in a statement. “Nothing could be more central to the First Amendment than our right to publish, and the public’s right to know, important information about presidential candidates.”