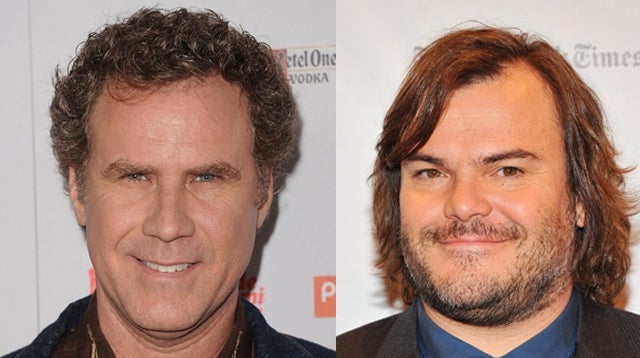 Will Ferrell and Jack Black are attached to star in "Tag Brothers," a pitch based on a recent Wall Street Journal article that was just snapped up in a major bidding war by New Line Cinema.

The comedy duo shared a single (albeit memorable) scene together in "Anchorman," but this project would represent their first substantial pairing should the script come together.

Back in February, Todd Garner's Broken Road banner acquired life rights to the "Tag Brothers," a group of former classmates from Spokane, Washington whose long-running game of Tag garnered national attention following a feature story in the Wall Street Journal.

Now in their 40s, the group spends the month of February chasing each other across the country to avoid being "It," all while balancing their personal and professional obligations. The shenanigans are pretty serious, with friends breaking into each other's homes and offices to score that crucial physical contact.

Ferrell and Black's future involvement is contingent on the screenplay, which will be written by Mark Steilen, who previously directed "Wieners" and "The Settlement."

Garner will produce with Steilen, though Ferrell's Gary Sanchez banner and Black's Electric Dynamite banner may become involved in producing or executive producing capacities should they approve of the script, which will feature two other male leads, making the project a four-hander (no pun intended).

Steilen previously wrote the family comedy "Time Share" for Sony and Will Smith's company Overbrook Entertainment, as well as the rock 'n roll movie "Born to Rock," which is in active development at Paramount.

Black is coming off some of the best reviews of his career for his eccentric performance in Richard Linklater's "Bernie," while Ferrell is currently filming the highly-anticipated sequel to "Anchorman," which Paramount will release on Dec. 20.

Ferrell is repped by CAA and Mosaic, which also reps Steilen along with ICM Partners. Black is repped by WME.