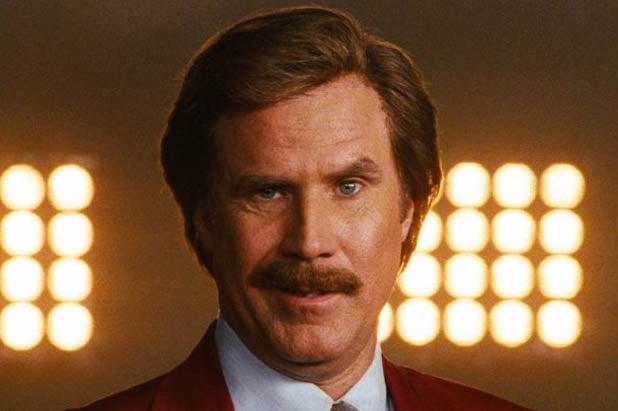 Ron Burgundy is back, and he wants you to get out the vote.

Funny Or Die announced Thursday that comedian Billy Eichner is teaming up with Will Ferrell next week to host “Vote Classy, San Diego,” an event encouraging young people to vote in this November’s midterm elections. Ferrell will attend the event as the KVWN Channel 4 news anchor he made famous in “Anchorman.”

The event is part of Eichner’s “Glam Up The Midterms” campaign, which he announced in February with the aims of increasing millennial political involvement outside of presidential elections — since only 12 percent of millennials voted in the last midterm elections in 2014. Attendees will be able to register to vote at the event through Head Count, an organization that sets up voter registration tables at concerts and other live events, and which registered more than 5,000 people nationwide during last month’s March For Our Lives protests.

Of course, since this is Ron Burgundy, the event will be held near the “Anchorman” anchorman’s hometown of San Diego. But specifically, it will take place in Oceanside, located in northern San Diego County and part of California’s 49th district. It is currently represented in Congress by Republican Darrell Issa, who was only re-elected by less than 1,700 votes in 2016.

Issa has announced that he will not seek re-election this year, making his a battleground between Democrats and Republicans for control of the House of Representatives. During the event, Eichner will discuss various issues surrounding this year’s election, with particular focus on local issues and politicians as well as explaining California’s unique top-two primary system. That is, if he can get a word in when Burgundy’s not trying to make the event about himself.

Tickets for the event are free but will be decided by lottery, which you can enter by either registering to vote or signing up for the program’s email list. Click here for more info.