Will Ferrell will play President Ronald Reagan in “Reagan,” a political satire written by Mike Rosolio, whose script was voted to the 2015 Black List of Hollywood’s best unproduced screenplays.

Ferrell will produce under his Gary Sanchez Productions banner. The funnyman is no stranger to political comedies, having starred in “The Campaign” and “Dick.” He also played President George W. Bush on “Saturday Night Live” and the Broadway show “You’re Welcome America.”

There’s no director attached to “Reagan” yet, but the project has become a priority for Gary Sanchez.

Set at the start of the ex-president’s second term when he was suffering from Alzheimer’s, “Reagan” follows the commander-in-chief as he succumbs to dementia and is convinced by an ambitious intern that he’s actually an actor playing the president in a movie.

The Black List recently held a live reading of the script featuring Lena Dunham, John Cho and James Brolin as President Reagan, which was very well-received. A poster for the Black List Live event can be found below.

Ferrell is represented by Mosaic and UTA, the latter of which also reps Rosolio along with Kaplan/Perrone Entertainment. 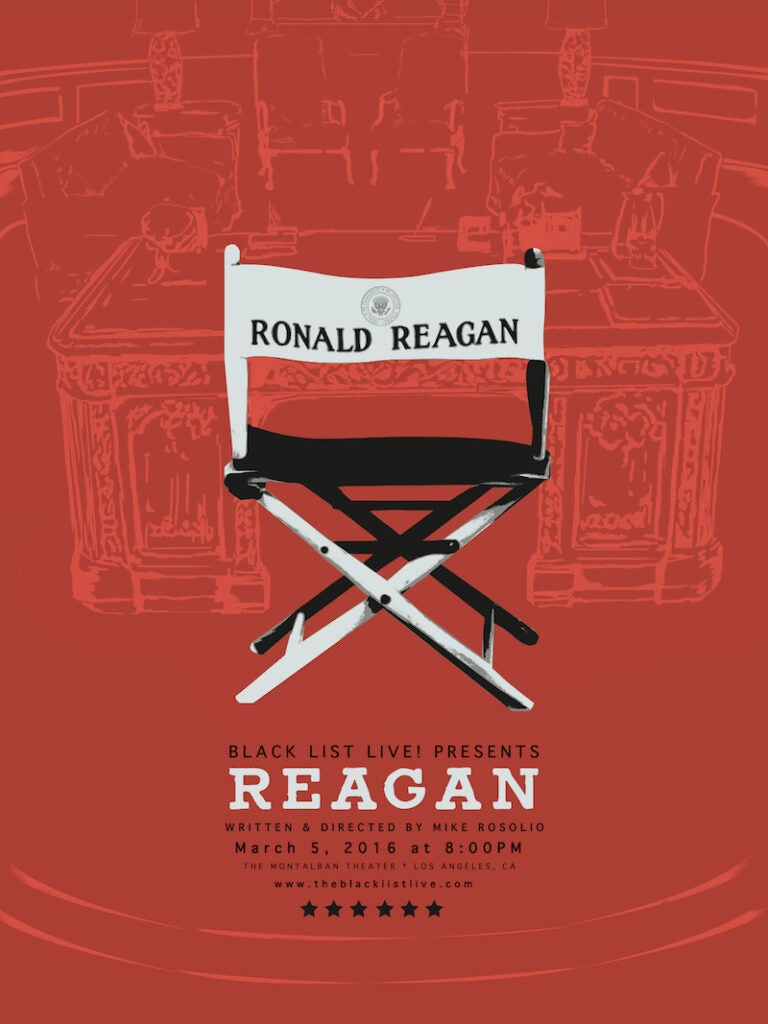