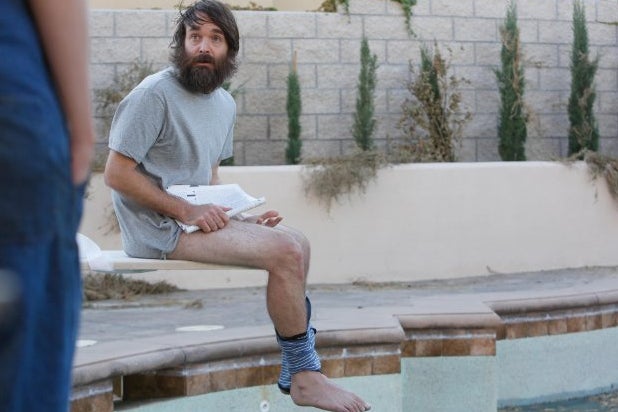 Will Forte did not get to end the Fox sitcom “The Last Man on Earth” on his own terms. But the co-creator and star is happy to tell you how that would have gone. (Or, at least, he was happy to tell Vulture.)

On the latest episode of Vulture podcast “Good One,” Forte dished on his Season 4 finale cliffhanger, which saw a large and scary-looking group of people emerge alive from a secret underground bunker. They were the source of body heat tracked by Tandy’s (Forte) brother Mike (Jason Sudeikis), and they were about to change everything for the gang.

“The people coming out was always [an idea we had]. We never knew exactly what it was going to be,” Forte said on the podcast, which you can listen to at the bottom of this post. “When it was pitched earlier it would be, ‘Oh was it the government that Pat had brought up. Was that it?’ At a certain point, you just felt like — to avoid stagnancy, to avoid all the characters — [you had to introduce the people]. Because it seemed like Gail and Erica were in a good place. Everyone was in a good place. It felt like, ‘Oh let’s fuck it up, and figure it out as we go.’ I was really reluctant to bring in the people, and then somebody had an idea that I loved that made me okay with it. This would have been the beginning of Season 5, if we had it.”

Also Read: 'The Mick': Here's What Would Have Happened to Sabrina on Season 3

So, ah, who were those folks and what was the plan for them? Forte, who doesn’t seem to think the comedy has a chance at off-network salvation, told all:

Oh, I’m happy to say it. Because we can still do it if … Nobody’s going to want to do it. We don’t know how we’re going to end the show. Like, we would’ve tackled that in the same way that we do everything: had it, put it together in the room, and we would have figured that out. And there’s so many smart people in that room, we would have found something that would have been fitting for the audience. But the way that we would have handled these people — basically they had been in this bunker and they went down when the virus had first started. They had some kind of medical expert or scientist who knew, “At this certain point, the virus will be dormant. You’ll be safe to get back out.” Then they see a bunch of stragglers — us. And we represent a real threat to them, because they’d thought everything was dead, so they quarantine us.

And we eventually communicate with them a little bit. They get comfortable with us. They’re very nice people. They look scary but they end up being nice people. They’re probably a couple famous people in there hopefully, or at least one. Somebody, I don’t know. Somebody’s acting. Somebody’s the main person. And eventually we’d all get comfortable with each other, and they would kind of let one person out. They wouldn’t be scared anymore.

But then we are immune to the virus but we’re carriers. And so we would infect them and they’d die like wildfire. And then we’re back to just us. And maybe one famous person we could talk into staying around. So that would have been it. That arc would have lasted four or five episodes. At the very end we were hearing, “Oh they’re going to bring you back for ten episodes so you can finish up.” Because to be honest, I told you about the schedule being just so insane and I was thinking, “Oh, 10 episodes sounds great. It sounds like a doable amount that I won’t go crazy with.” So we would have tried to figure out how we would have rushed to the ending.

Vulture: And do you like the final word [of the whole series] being farts?
Forte: I don’t know if I like it, but it does seem appropriate.

Listen to the podcast here: