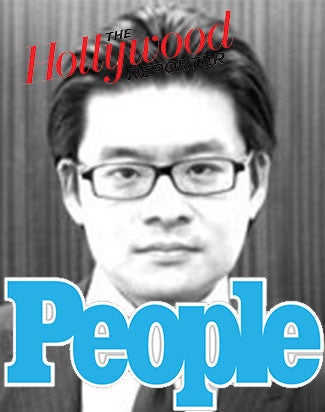 Hollywood Reporter’s digital chief Will Lee is exiting the entertainment biz magazine’s website to join People.com as Editor, an individual with knowledge of the situation told TheWrap.

“Time Inc. is fortunate to have Will back in our ranks, and Will is fortunate to be working with a remarkable digital and editorial team,” said Jess Cagle, editorial director of People and Entertainment Weekly. “He will play an integral role in charting the future of a brand now celebrating its 40th birthday that has never felt more alive.”

Lee’s hire to People is the latest in a string of moves as part of Time Inc.’s ongoing restructuring of People and Entertainment Weekly. EW’s former executive editor Kristen Baldwin just exited the entertainment publication, to join Yahoo TV as editor-in-chief. Similarly to Time Inc., Yahoo Entertainment is undergoing its own reboot of its online vertical and bolstering its editorial bench with some high-profile media hires including Katie Couric, PageSix’s Paula Froelich, Kerry Diamond and Vulture’s Josh Wolk to replace Scott Robson as editorial lead of Yahoo Entertainment to lead the charge.

Also read: The Wire Shutting Down and Being Folded Into Atlantic Flagship Site

Joining Baldwin on the growing list of veterans exiting Time Inc. was Janice Morris, former editor of People.com, who left her post in June 2014 before moving to Twitter News.

Lee was the former New York bureau manager of TMZ before joining PMC’s celebrity gossip site HollywoodLife.com in 2009 as the executive editor under president and editor-in-chief Bonnie Fuller. He’ll begin his new role at People.com on Oct. 20 after relocating from Los Angeles to New York.

Kristin Boehm, People.com’s director of news and engagement, was promoted to deputy editor.