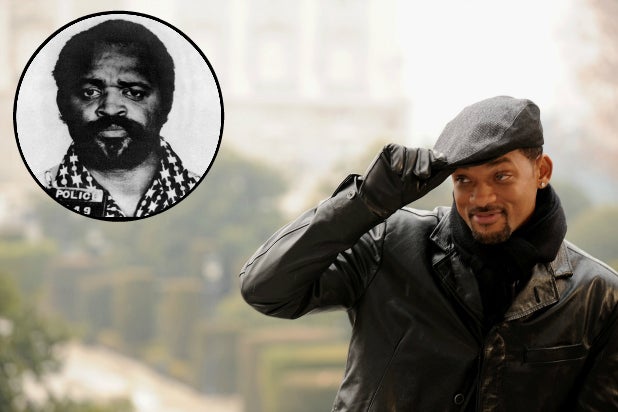 Will Smith is trading in his family-friendly aura and big blockbuster stardom to portray American crime boss Nicky Barnes in a biopic for Netflix called “The Council.”

Peter Landesman (“Concussion,” “Parkland”) is writing the script for the film, which tells the untold story of a crime syndicate consisting of the seven black men who ruled Harlem in the 1970s and early ’80s.

This crime syndicate, as spelled out in the film’s logline, was made up of men who dreamed of a self-sufficient and self-policing African American city-state, funded by revolutionizing the drug game.

“The Council” will center on the syndicate’s head, Nicky Barnes, who was dubbed by the New York Times as “Mr. Untouchable.” The film will focus on the Shakespearean court intrigue between Barnes and all the different members of the syndicate, as one unlikely rising protégé emerges.

Barnes’ death was recently made known in the New York Times.

During his reign in the ’70s Barnes led an international drug trafficking ring, in partnership with the Italian-American mafia, until his arrest in 1978. He was sentenced to life imprisonment, eventually becoming a federal informant.

Producers on “The Council” will be Smith and James Lassiter for Westbrook Inc.’s Overbrook Entertainment, as well as Jackson Pictures’ Matt Jackson and Jason Essex for Anonymous Nobodies.

Smith will next be seen in Paramount Pictures’ “Gemini Man,” which hits theaters next month, followed by the sequel “Bad Boys for Life” next year. Smith is also set to star in another biopic for Warner Bros. about the life of Richard Williams, the father of tennis greats Serena and Venus Williams.