William Lucking, an actor best known for playing biker character Piermont “Piney” Winston on FX’s “Sons of Anarchy,” has died. He was 80.

Close friend Stephen Macht confirmed the news of Lucking’s death via an obit he posted on Facebook. “Bill truly was a ‘lion,'” the post said, “and his memory will always be a blessing!” 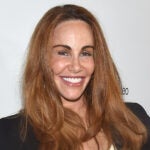 Born in Michigan in 1941, Lucking accompanied his family when they moved to California in the early 1950s, where he graduated from UCLA with a degree in literature. He also studied theatre arts at the Pasadena Playhouse, and made a career in film and television.

“Although William often played toughs and strongmen, in his actual life he was an elegant man with a brilliant intellect who loved to argue about politics and current affairs, discuss philosophy and physics and assert fine-pointed opinions about art and poetry,” noted his wife, Sigrid Lucking, who wrote the obit.

“He was a giant of a man with the soul of a poet,” she added. “One who ‘contained…a tension of sorts within his being…like a boulder teetering on a hill…or a balloon expanding towards its extreme,’ as one friend put it.” 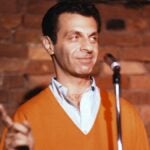 The actor is survived by Sigrid, his wife of 25 years; two daughters, Marjet Lucking and Juliana Ryan; Juliana’s husband and two daughters, Quinlan and Lilian. Lucking’s first wife, Mimi, was the mother of his children and she died of cancer in 1996. The actor’s sister, Ellen Founier, also lives in Las Vegas.

“The family requests you toast his memory and celebrate his legacy,” reads the end of Macht’s Facebook post. 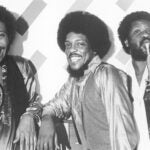