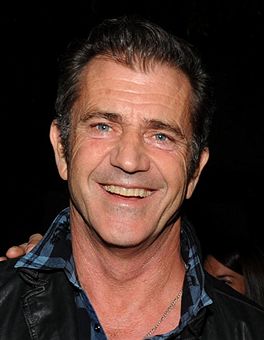 WME and Mel Gibson have parted ways in the wake of a flurry of bad publicity for the "Braveheart" actor, the agency has confirmed to TheWrap.

"Mel is no longer a client," WME spokesperson Christian Muirhead said via email.  He did not elaborate.

The reason for the split seemed obvious: Gibson has endured wave after wave of terrible PR following bad behavior, the latest a racist and misogynistic rant directed at his ex-girlfriend.

That was followed this week by investigators confirming that they were looking into at least one — and possibly several — allegations of abuse.

But these latest public embarrassments may only have accelerated Gibson's departure from WME.  His longtime agent, Ed Limato, died July 3 — and the actor was called out as an anti-Semite by then-Endeavor CEO Ari Emanuel when that emerged four years ago. (That was before William Morris, Gibson's agency, merged with Emanuel's Endeavor, to become WME.)

The actor first became a figure of skepticism in the entertainment industry when he made his religious blockbuster, "The Passion of the Christ," which many privately considered to have anti-Semitic overtones.

But he truly became persona non grata after TMZ got hold of the actor's booze-fueled anti-Semitic tirade when he was detained for drunk driving in Malibu in July 2006.

The police report said Gibson launched into a barrage of anti-Semitic statements: "F*****g Jews… The Jews are responsible for all the wars in the world." Gibson then asked the deputy, "Are you a Jew?"

At the time, Emanuel wrote: "Alcoholism does not excuse racism and anti-Semitism. … (People in the entertainment community) need to demonstrate that they understand how much is at stake in this by professionally shunning Mel Gibson and refusing to work with him … There are times in history when standing up against bigotry and racism is more important than money."

But in April 2009, Emanuel inherited Gibson as client when Endeavor merged with William Morris. Though Limato was his agent, WME had "not officially represented" Gibson for some time — although that mutual decision was not made public.

Limato's longtime clients, who include Denzel Washington, Steve Martin and Richard Gere, remain represented by WME board member Patrick Whitesell out of loyalty to Limato.

Gibson next stars in Jodie Foster's "The Beaver" and is currently filming "How I Spent My Summer Vacation." He has a number of projects in the works, including a potential re-teaming with "Lethal Weapon" screenwriter Shane Black on a project titled "Cold Warrior."

In the rant against his ex-girlfriend Oksana Grigorieva leaked online on July 1, Gibson raged at her: "You look like a f—ing pig in heat, and if you get raped by a pack of n—ers, it will be your fault."

Gibson's spokesman Alan Nierob did not respond to a request for comment on Saturday.