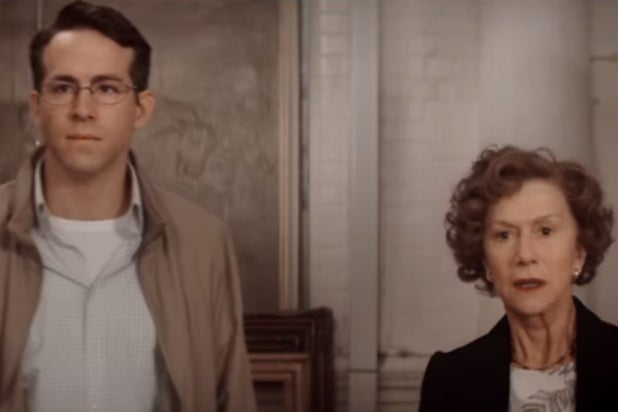 “Woman in Gold,” which stars Helen Mirren, Ryan Reynolds, and Daniel Bruhl, shares the true story of Maria Altmann (Mirren), a Jewish refugee who is forced to flee Vienna during World War II. Decades later, in an effort to salvage some dignity from her past, Maria has made it her personal mission to reclaim a painting the Nazis stole from her family: the famous Lady In Gold, a portrait of her Aunt Adele.

Altmann partners with a young, inexperienced lawyer (Reynolds) to fight for her rightful heirloom.

“They destroyed my family, they killed my friends, and they forced me to abandon the people and the places that I loved,” Mirren’s character professes in the trailer. “I won’t let them humiliate me again.”

The Weinstein Company and BBC Film release is written by Alexi Kaye Campbell and directed by Simon Curtis. It also stars Katie Holmes and Tatiana Maslany.

Mirren and her team will have their day in theaters beginning on April 3.