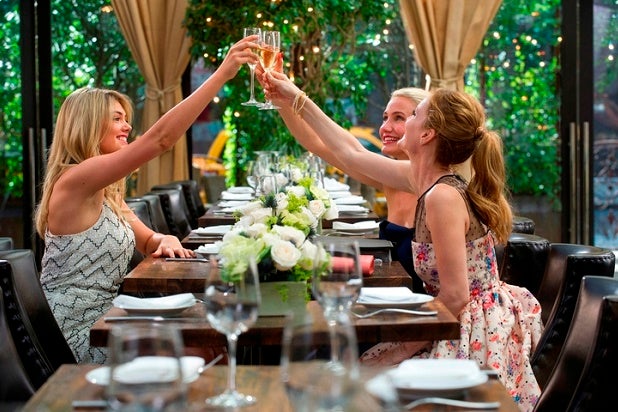 Don’t worry kids, you won’t have to sneak in to see “The Other Woman,” after all.

The Motion Picture Association of America’s rating appeals board on Wednesday overturned the “R” rating given to the comedy last month for sexual references, and awarded it a “PG-13” instead. That could make a big difference at the box office, since an “R” rating would have limited the film’s audience to those 17 years of age or over, unless there was an accompanying adult.

Cameron Diaz, Kate Upton, Leslie Mann, Nicki Minaj and Nikolaj Coster-Waldau from TV’s “Game of Thrones” star in the film, which is set for an April 25 opening domestically. Nick Cassavetes (“My Sister’s Keeper”) directs. The script from Melissa Stack focuses on three wronged women out for revenge on a three-timing spouse.

Diaz and Emma Watts, Fox Feature Films president of production, appeared before the ratings board. The MPAA said that “The Other Woman” was given a “PG-13” because of mature thematic material, sexual references, and language.