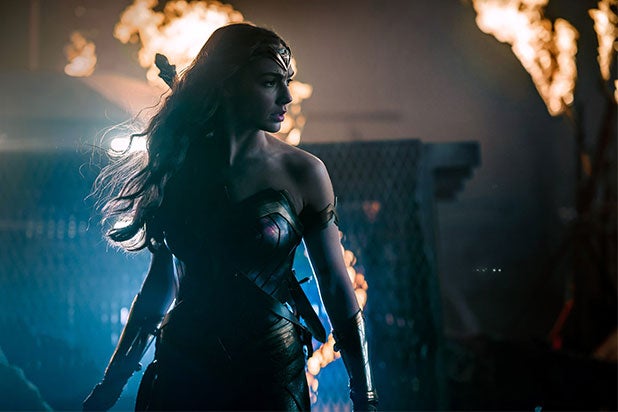 Not only did Diana Prince celebrate her birthday today, but she also became the United Nations’ first Honorary Ambassador for the Empowerment of Women and Girls in a special ceremony attended by actress Gadot, DC Entertainment President Diane Nelson and former television Wonder Woman, Lynda Carter.

Carter recalled being cast in her signature role more than 40 years ago.

“This was a momentous thing because, at the time, there were very few people holding their own shows on television. They didn’t think a woman could hold a television show,” said Carter.

Gadot took the stage to praise Carter and declare that the actress should be president of the United States.

“Sometimes we need something or someone to aspire to. To help inform our choices and set an example,” said Gadot at the ceremony. “That example can be a super hero like Wonder Woman or a real life super hero in your own world. She can inspire us to be more, to demand more and to do more, and that’s inspiration for everyone.”

The day of celebration included the live-streamed event and a Facebook live session with Gadot and “Wonder Woman” director Patty Jenkins and a Twitter Q&A.