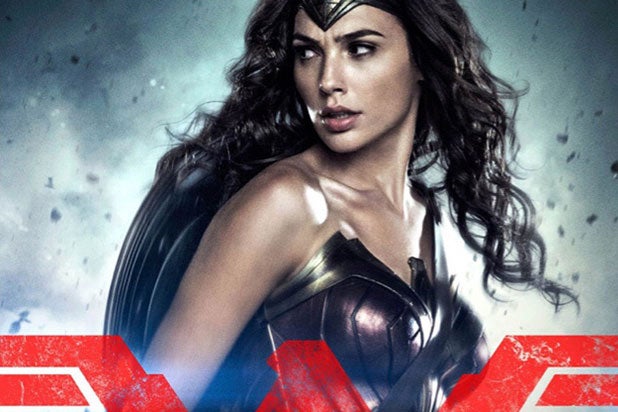 The United Nations’ choice of Wonder Woman as an honorary ambassador is a big bust in more ways than one. At least that’s the claim of an online petition that wants the UN to reconsider its decision.

The petition, launched by a group calling itself Concerned United Nations staff members on Care2, says that, while the DC Comics character might have been intended as a powerful female role model, the way she’s currently stacked, she’s hardly an appropriate candidate to promote the empowerment of women and girls.

“Although the original creators may have intended Wonder Woman to represent a strong and independent ‘warrior’ woman with a feminist message, the reality is that the character’s current iteration is that of a large breasted, white woman of impossible proportions, scantily clad in a shimmery, thigh-baring body suit with an American flag motif and knee high boots — the epitome of a ‘pin-up’ girl,” the petition reads.

“This is the character that the United Nations has decided to represent a globally important issue — that of gender equality and empowerment of women and girls,” the group continues.

And that just won’t do, the petition says.

“It is alarming that the United Nations would consider using a character with an overtly sexualized image at a time when the headline news in United States and the world is the objectification of women and girls,” the group maintains. “The image that Wonder Woman projects (life-size cut outs of which have already appeared at UNHQ) is not culturally encompassing or sensitive -attributes the United Nations expects all its staff members to embody in the core value of respect for diversity.”

Also Read: 'Wonder Woman' Writer on Character's Bisexuality: 'Get Over It'

On Friday, the UN officially designated Wonder Woman — who was created 75 years ago — as Honorary Ambassador for the Empowerment of Women and Girls. The choice was made in support of the UN’s  Sustainable Development Goal 5, which aims to achieve gender equality and empower all women and girls.