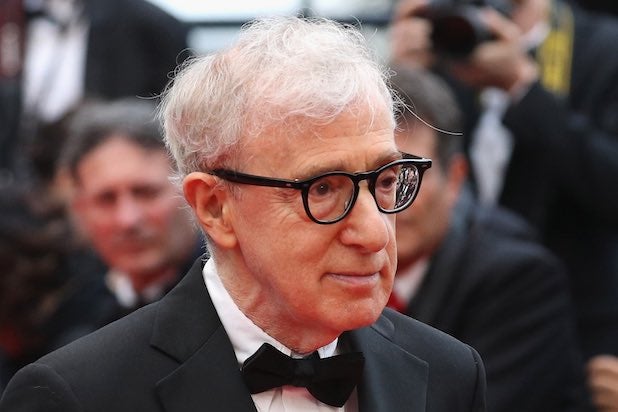 Woody Allen has little love for Hollywood, it seems, as the “Annie Hall” director trashed the Big Six studios during an interview on Facebook Live for his latest film, “Wonder Wheel,” which stars Justin Timberlake and Kate Winslet in a Coney Island drama.

During his interview with Robert Weide, who directed “Woody Allen: A Documentary” in 2012, Allen said he has no patience with Hollywood execs who demand creative input in exchange for financing his films.

“When I make a film, I like the people backing the film, sometimes the studios, to put the money in a brown paper bag and then go away,” Allen said. “And then six months later I give them film. That’s the way I’ve always been able to work, having complete control of every aspect of the film.”

But when studios don’t do business that way, talks with Allen can go south very fast.

“It came to a point where the studios would say to me, ‘Look, we’re not banks. If you’re asking us for $12 million, we want to read your script, we want to know who you’re casting, and we want to have some input. We’re not just bankers,'” he said.

“I, on the other hand, regard them as at best bankers, if not criminals, and I said, ‘No, you can’t read my script and I’m not interested in your input.’I said this politely… And they said nicely, ‘Get lost.'”

Allen said that after making “Match Point” in 2005, he found satisfaction making films produced outside the studio system in Europe. (“We’ll give you the money and we’re bankers. We don’t care about input. That’s all for the studios.”) His recent films have still been distributed by Hollywood-based specialty wings like Sony Pictures Classics, but he says he doesn’t care whether his films flop at the box office or not.

“It’s always, ‘We’ll put this out in the summer because it will be counter-programming to all the big movies’ or ‘We’ll put this out in Easter,'” Allen said about how distributors handle his films. “There is always a story as to why their plan to really squeeze the last dollar out of the box office of the picture has failed miserably, and the picture is awash in red ink.”

Still, for all his frustration with Hollywood, he had some kind words for Amazon Studios, who is both distributing and producing “Wonder Wheel” for a reported budget of $25 million. Allen called Amazon part of the “rich, patron-of-the-arts sucker group”…though he meant that in a good way.

“Amazon is a perfect example of a company that’s so successful that someone like me is peanuts and chump change,” he said. “These guys make billions… So they can reach in their pocket and say, ‘Give it to him and shut him up,’ and I make my film, and if it makes a few dollars you don’t even notice it on an Amazon ledger. And if it loses a few bucks they couldn’t care less.”

“And the people up there like the quality of my work. They like the films. Not everybody does, but they do. So they feel no pain with me and they’re happy to give me the money and let me do my thing.”

Allen also discussed the enduring popularity of “Annie Hall” and why he decided to make his next film about Coney Island. For more, watch the Facebook Live interview in full below.