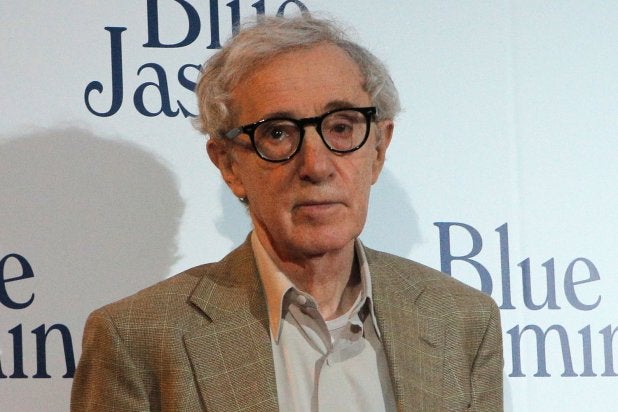 A romantic comedy set in the 1930s that was shot last summer in New York and Los Angeles, the untitled film will receive a traditional theatrical release nationwide, after which it will become available exclusively to Prime members through Prime Video.

Producers of the new film include Allen’s longtime collaborator Letty Aronson, as well as Steve Tenenbaum and Edward Walson. Executive producers are Ronald L. Chez, Adam B. Stern and Marc I. Stern.

“Like all beginning relationships, there is much hope, mutual affection and genuine goodwill — the lawsuits come later,” joked Allen.

“Woody Allen is a brilliant filmmaker. We’re so proud to be in business with him for both his next film and his first ever TV series,” said Roy Price, head of Amazon Studios.

Allen is also writing and directing an untitled six-episode TV series for Amazon starring himself, Elaine May and Miley Cyrus. It’s executive produced by Erika Aronson, produced by Helen Robin, and begins shooting next month.

The movie deal was negotiated by John Burnham and Jessica Lacy of ICM Partners, Erika Aronson of Taborlake and Loeb & Loeb on behalf of the filmmakers.