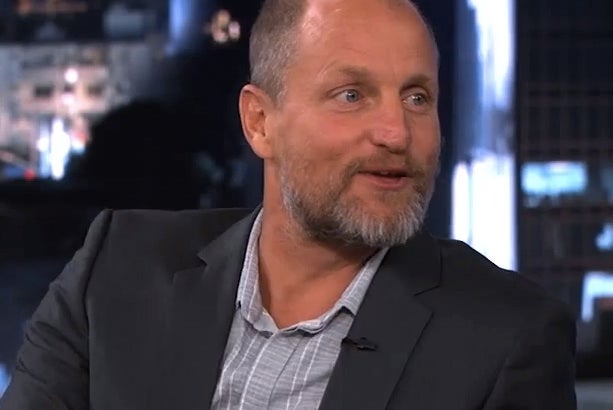 Woody Harrelson learned the hard way that its better not to walk the red carpet after you’ve tied one on the night before.

During an appearance on Monday’s “Jimmy Kimmel Live,” the actor told the late night host that he could barely stand up when he attended the premiere of the animated children’s movie “Free Birds” last weekend.

Harrelson said he had been out until 6:30 or 7 a.m. the night before the big bash drinking tequila and playing pool with his brother.

“Being waken up like 3.5 hours later was terrible,” Harrelson said. “It was like a betrayal. And then I went to the thing and you know it’s for kids and stuff and I’m like walking around…not pretty.”

When he hit the premiere for the upcoming animated film, he confessed his transgressions to co-star Owen Wilson and begged him to help.

“I told him ahead of time, ‘Dude you’re going to be doing all the heavy lifting here,” Harrelson said. “I just, I can barely stand up.”

Wilson assured the star that he would do all the talking. Apparently, the offer was not genuine. When reporters asked the pair about their work in “Free Birds,” Wilson would end his answers by turning to a barely coherent Harrelson and asking, “what do you think buddy?”

To which, Harrelson could only offer up that he agreed with his co-star.

“Well that will be a fun game for people to play as they watch Entertainment Tonight and those shows throughout the week promoting this movie,” Kimmel joked.  “Please know that when you see it that Woody is totally hung over.”

“Free Birds” centers on a pair of time traveling turkeys and opens on Nov. 1. Presumably it does not condone binge drinking.