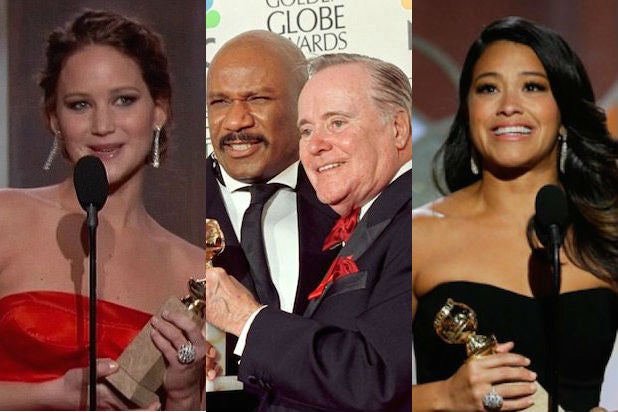 In its 72-year history, the Golden Globes have showcased many memorable acceptance speeches. But which one is the most memorable?

Is it Ving Rhames honoring acting legend Jack Lemmon in the most direct way possible?

Is it Jennifer Lawrence dropping a famous Meryl-inspired movie line that set the Internet buzzing?

Maybe it was Gina Rodriguez’s emotional victory after the CW’s first major win at the ceremony.

Watch and vote for your favorite Golden Globes speech.

The Best Golden Globes Speeches of All Time