WWE is tag teaming with Tapout to create an exclusive clothing collection for contestants in the upcoming Miss Teen USA pageant.

The announcement comes hot on the heels of the Miss Universe Organization’s recent decision to eliminate the swimsuit section of the competition and replace it with athletic wear.

Miss Teen USA 2016 will also boast another popular face from the WWE, “Total Divas” star Eva Marie who acts as host when the teenage contestants take to the stage in Las Vegas on July 30.

Tapout is already the official fitness and training partner of WWE, and it will now join forces with clothing designer Goldsheep to create an exclusive collection of athletic wear. The new collection, “Tapout by Goldsheep” will feature two custom outfits for each contestant designed to celebrate her home state.

Contestants from the Golden State will don a palm trees and sunset design (below), while Miss Kansas will be covered in sunflowers. 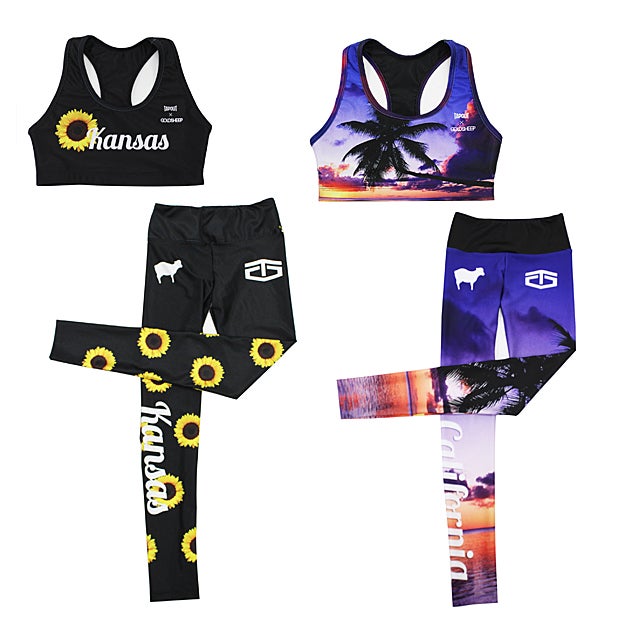 Miss Teen USA organizers have been praised since they announced the decision last month to trade skimpy bikinis for fashionable fitness gear.

The switch is aimed at “highlighting a healthy lifestyle” for younger viewers, said Michael Antinoro, the head of original content at IMG, a talent agency that last year bought the Miss Universe Organization from Donald Trump, the New York Times reported.

The Miss World pageant ended its swimsuit competition in 2014.

“Miss Teen USA 2016” will stream live from The Venetian Las Vegas on Saturday, July 30 at 8pm ET/5pm PT on www.missteenusa.com.