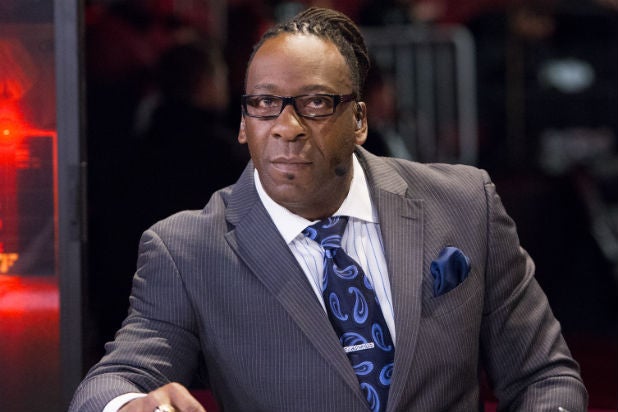 WWE Hall of Famer Booker T officially announced on Tuesday that he will run for mayor of Houston.

“I am happy to report that after great deliberation and with the counsel of my family and friends, I have indeed decided to run for the office of Mayor in the 2019 race,” he said in a statement on his official Twitter account.

“My love for our city and my desire to be a positive change agent for Houston is not new, in fact, it has been a significant motivator in my life for decades,” he continued. You can read the full statement below.

Booker T’s full name is Booker T. Huffman Jr. He first broke into wrestling alongside his brother, Lash “Stevie Ray” Huffman. The two found great success as a tag team in WCW, where they wrestled as Harlem Heat, despite both being Texas natives. They would win the WCW tag team titles multiple times before Booker ventured out as a solo wrestler.

Booker became a top star in WCW, even winning the heavyweight championship, and was one of the few employees of that company to successfully transition to the WWE when Vince McMahon bought WCW from Ted Turner.

He won the WWE tag team titles alongside Dustin “Goldust” Runnels, and would go on to win the Intercontinental Championship, United States Championship, the 2006 King of the Ring tournament, and the World Heavyweight Championship.

He would go on to wrestle in other promotions like TNA as well as found his own league, Reality of Wrestling (ROW). He currently serves as a commentator on “Raw” and “Smackdown” pre-shows and during pay-per-view events.

Booker is not the first pro wrestler to try his hand at politics. Earlier this year, Terrance Guido “Rhyno” Gerin mounted an unsuccessful bid to represent the 15th District in the Michigan House of Representatives. In 1998, Jesse “The Body” Ventura was elected governor of Minnesota. And who can forget that President-elect Donald Trump is himself a WWE Hall of Famer?

I am pleased to announce that I am running for Mayor of Houston. pic.twitter.com/cWI8LiHzOH