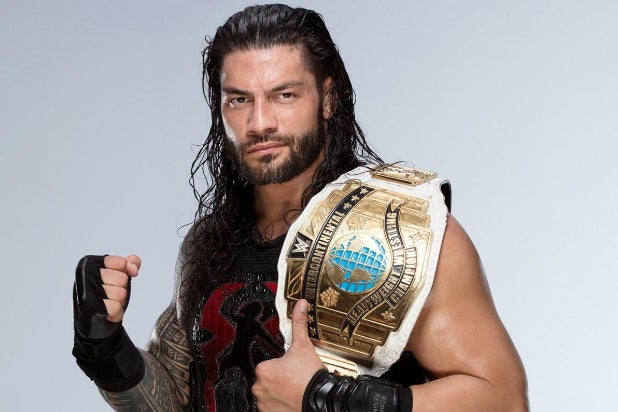 WWE used to declare that “‘Raw’ Is War” — but how is the pro-wrestling promotion’s flagship show doing in the TV ratings battleground these days?

Year-to-date, USA Network’s “Monday Night Raw” is averaging 3.486 million total viewers, with 1.604 million of them coming from the key 18-49 demographic. Unfortunately, those tallies are both down 5 percent from 2016’s audience. To be fair, however, the average primetime year-to-date decline across all of cable is 9 percent.

Fortunately, “Raw” is faring better lately. From the fourth quarter to-date, the three-hour show is actually up 1 percent in both metrics. (All numbers in this story come from Nielsen’s Live + 7 Day category and include each episode through Nov. 14.)

A night later, Tuesday’s “SmackDown” shifting to a live format last July has really been paying off for Vince McMahon’s “B” show.

Year-to-date, the exclusive home to WWE Champion A.J. Styles is averaging 2.933 million total viewers, with 1.270 million of those hailing from the main demo. While those are up 8 percent and 13 percent, respectively, it’s important to remember that more than half of the comparable data in 2016 came from pre-taped shows.

Therefore, a better comparison for “SmackDown Live” is the Q4 vs. Q4 one we also did for “Raw.” Isolating only October and the half of November we have, WWE’s two-hour program is up 3 percent overall and 2 percent in the advertiser-coveted demographic.

Comparing the two shows to each other, WWE’s “A” show is averaging a 15.9 percent larger audience than the little brother program. The gap is even wider among adults 18-49, with “Raw” attracting 20.8 percent more eyeballs than “SmackDown.”

That disparity is even greater when one considers the shorter “SmackDown Live” doesn’t even have a 10 p.m. hour to weigh its averages down. In other words, “Raw” commissioner Stephanie McMahon had all the bragging rights over brother Shane (“SmackDown”) at last week’s Thanksgiving dinner.