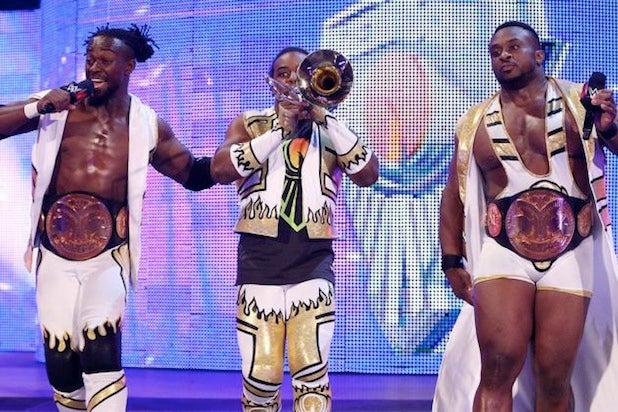 The 2017 “WWE Royal Rumble” will take place at the San Antonio, Texas, Alamodome — the first time the event has returned to the venue in 20 years.

The over-the-top-rope fracas is set for January 29, 2017, and will run on the SVOD service WWE Network. The show is considered the official kickoff to the so-called “Road to ‘Wrestlemania.'”

The winner of the actual titular Royal Rumble elimination match — a 30-man free-for-all — will earn a title shot at “WrestleMania 33.”

That show will take place on April 2, 2017 in Orlando, Florida. Superstars from both “Monday Night Raw” and “SmackDown Live” will participate in the Rumble. Those two weekly USA Network series divvied up the overall WWE roster this summer.

The “Royal Rumble” was last held at the Alamodome in 1997, when “Stone Cold” Steve Austin emerged as the last man standing. That pay-per-view show also saw Shawn Michaels win the WWE Championship.