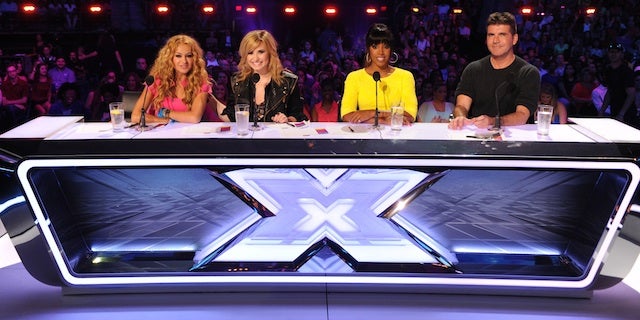 They join returning judges Demi Lovato and Simon Cowell and thousands of show hopefuls at the North Charleston Coliseum.

One of the worst kept secrets in reality casting, Fox officially confirmed it had chosen Rowland and Rubio on Monday — down to the wire with the auditiions starting the next day.

The former Destiny's Child member reunites with Cowell after judging on the eigth season of the "The X Factor UK."

“I am very excited to be reuniting with Simon Cowell and 'The X Factor' family,” said Rowland, 32, on Monday. “It feels great to be able to take this journey here at home in the states!”

Rubio was an unexpected choice. The Mexican singer and actress and her representatives flew in to Los Angeles on Monday to settle some minor contract details. She inked the deal later that afternoon just before Fox sent its confirmation of the judge castings to press.

A Fox insider told TheWrap that the series was looking at chemistry between the judges more than name value.

Rubio, 41, brings with her the experience of judging on "The Voice Mexico." She was also just named a judge on Univision's Spanish-language "The Voice Kids."

Season 3 is set to debut in the fall with Mario Lopez returning at its host.

See the first look pictures of "The X Factor" judging panel above and below.