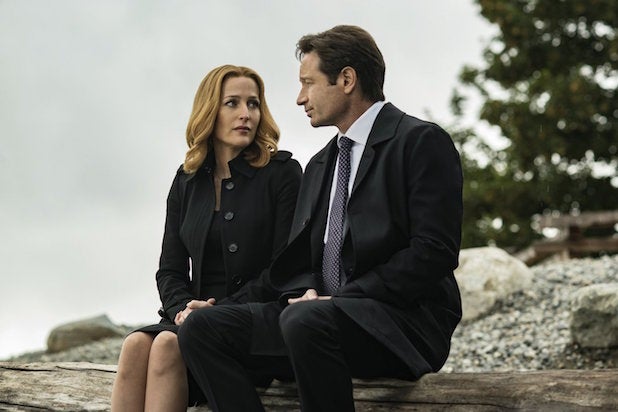 “Now that this story has come out, it is some validation,” Carter told EW, referring to the art-imitating-life plot of his long-running Fox series about two FBI agents investigating paranormal events.

The magazine then asked Carter if in his research for the Fox series he’s ever heard “things back-channel that credibly suggested there might be some reality to UFO reports?”

“I visited the Pentagon several years ago and it was clear something else was going on there. I met with somebody whose job was part of a group that was roughly in the same area as described as the fifth floor of the C Ring [where the recent UFO project was run],” Carter told EW.

“Their job is to think about the future and where the U.S. will be in the future, what its interests will be, and what they’ll need to defend — and everything had to do with space and off-planet,” he said. “Without them actually saying ‘aliens,’ there was a suggestion that they were more than earthbound researchers.”

“The X-Files” returns to Fox with 10 new episodes starting Wednesday, January 3 at 8/7c.